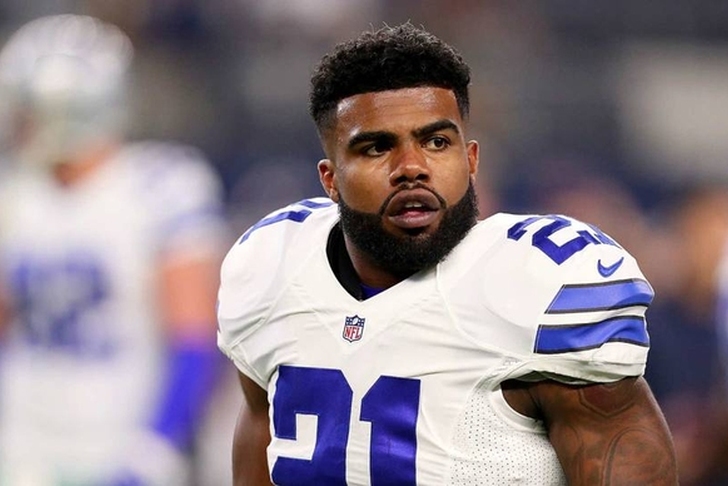 The just a quarter of the NFL regular season left, many teams are dealing with injuries, and some are looking ahead to the offseason. The Dallas Cowboys, however, are dealing with some off-field issues surrounding star rookie running back Ezekiel Elliott. Here are all the latest news and rumors from around the league:

Domestic violence investigation into Ezekiel Elliott still "active and ongoing"
Elliott has been one of the stars of the NFL season, leading the league in rushing while emerging as an MVP candidate, but there is still some troubling things surrounding him off the field. According to ProFootballTalk's Mike Florio, the league's domestic violence investigation into allegations against Elliott is still "active and ongoing."

For Cowboys running back Ezekiel Elliott, the simmering continues when it comes to his pending domestic violence investigation. The NFL tells PFT that the investigation is “active and ongoing.”

The league continues to explore five alleged incidents in six July days involving Elliott and a former girlfriend. As part of the probe, the NFL also has considered an alleged incident from February. That becomes ominous not because Elliott could separately be punished for it (because it happened before he was drafted by Dallas, he can’t be) but because it could be used as an aggravating factor in the determination of the punishment to be imposed for whatever happened in July.

With no jury and no beyond-a-reasonable-doubt standard of proof criminal charges were not filed against Elliott), the league essentially can do whatever it wants. And with the test being whether it’s more likely than not that the misconduct happened, the NFL can find a violation simply by coming to the conclusion that the alleged victim is telling something closer to the truth than Elliott is.

Falcons expect Julio Jones to play this week
Atlanta Falcons wide receiver Julio Jones suffered a turf toe injury in last week's loss to the Chiefs, and while he has been missing practice the week, ESPN's Adam Schefter reports that the team is optimistic that he will play this weekend:

Falcons optimistic WR Julio Jones, who didn't practice Weds, will be able to play vs Rams on Sunday, per source. Not as promising for Sanu.

Jones has 1,253 yards and five touchdowns on 71 catches this season.

Nick Mangold to miss rest of season
The injury news isn't as good for the New York Jets, who have lost offensive lineman Nick Mangold for the season with an ankle injury, according to NFL Network's Ian Rapoport:

#Jets are shutting down C Nick Mangold, source said. He has one more year left on his contract. His future with the team is up in the air