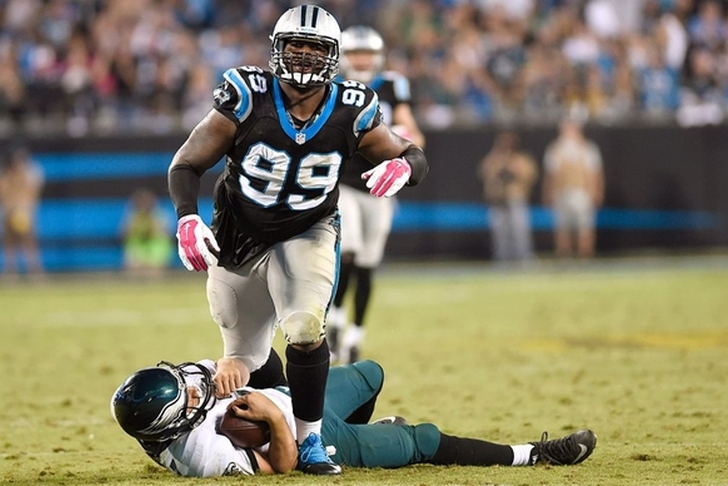 The NFL offseason is in a lull, as most teams are focused on minicamps and getting their current players ready for the upcoming season. While free agency is largely quiet, there is still plenty buzz around the league. There are a few notable names left on the market, and several teams are working on getting new deals for their current players. Here are the latest and greatest of the NFL rumors and news from around the league.

"Darren McFadden hurt his elbow in an accident at home over Memorial Day weekend," Garrett said during his Tuesday press conference. "He came back in and practiced last week, but it still bothered him. He told our training staff at the end of the week. In the physical yesterday it was determined that he has a break in his elbow. So, he actually had surgery on that this morning and he's going to be out for at least a couple months. We do anticipate seeing him at some point in training camp. The surgery went well, we do anticipate him making a full recovery."

McFadden injured his elbow at home when he tried to catch his falling cell phone. Instead of the phone breaking, it was McFadden's elbow that broke. The Cowboys should be fine at RB, with first rounder Ezekiel Elliott and free agent addition Alfred Morris on the roster.

Joey Bosa Holding Out
With the new collective bargaining agreement, hold outs by rookies are rare. But holding out is exactly what DE Joey Bosa is doing. The San Diego Chargers' No. 3 overall pick is skipping the team's mandatory minicamp because of a contract dispute, reports the San Diego Union Tribune. At the center of Bosa's holdout is offset language. The offset language is a common dispute among high draft picks, and if there is no offset language, the Chargers are responsible for Bosa's guaranteed money in the event he's cut, regardless of whether another team signs him. Bosa is one of only 17 draft picks who have yet to sign.

Muhammad Wilkerson Hold Out?
The New York Jets won't see DT Muhammad Wilkerson at minicamp, reports ESPN's Rich Cimini. And he might skip training camp too, as Wilkerson is unhappy he doesn't have a long-term contract. After seeing Fletcher Cox get a six-year, $103 million deal with $63 million guaranteed, Wilkerson wants a similar deal. However, the Jets aren't likely to give Wilkerson such a deal and that won't go over well with Wilkerson. There's no doubt he's one of the top DTs in the NFL, and Wilkerson will get paid at some point. But it likely won't be with the Jets.

Kawann Short And Panthers Heading For Contract Problems?
The signing of Cox to a massive deal is also going to affect the Panthers' negotiations with DT Kawaan Short. The two sides have been trying to get a deal done, but haven't reached an agreement. Bill Voth of Black and Blue review reports that Short thinks he's worth a deal at least as large as Cox, which would put him in the $17 million per year range. Meanwhile, Panthers GM Dave Gettleman doesn't want to go above $15 million per year. That could result in another Josh Norman-type situation. If Short chooses to play out his deal, he'll surely end up with the $13.6 million franchise tag. The impending free agencies of Short and Star Lotulelei is a big reason why the Panthers drafted Vernon Butler in the first round this year.