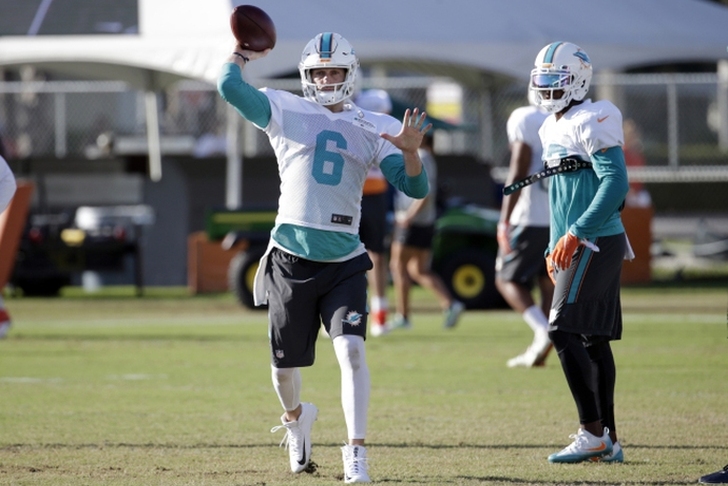 The NFL preseason is officially underway with the Hall of Fame Game in the books and the first full week of the preseason kicking off tomorrow. That means the NFL rumor mill is starting to really pick up with various roster moves, holdouts, extensions and injuries. Here are all the latest NFL rumors you need to know:

Jay Cutler expected to start for the Dolphins
The Miami Dolphins have already said that Cutler won't play in the team's preseason opener on Thursday against the Atlanta Falcons, but Adam Gase has routinely hinted that he will be the team's starter at some point soon.

"You'll know when I release the depth chart," Gase said, via NFL.com. "I don't have to make that announcement right now but (Cutler) didn't come out of retirement to stand on the sidelines. But we got a ways to go. Get him in here, give him a physical, see where he's at."

Adam Gase said in press conference the #Dolphins have a plan in place to get Cutler ready after 4-month retirement. Just a matter of time. pic.twitter.com/aZR3zR2ecG

Cutler signed a one-year, $10 million deal with the Dolphins earlier this week. He passed for 1,059 yards with four touchdowns and five interceptions in five games for the Chicago Bears last season.

For most veterans, the first week of preseason is for knocking off the rust as they get primed for the real season. Baltimore Ravens backup quarterback Ryan Mallett, however, might be playing for his job.

After brutal struggles to open training camp led the Ravens to flirt with free agent quarterback Colin Kaepernick, Mallett's play when the Ravens host the Washington Redskins on Thursday night will be under the microscope.

"How much that ends up being probably will be determined," Harbaugh said, via the Baltimore Sun's Jeff Zrebiec. "We'll have a plan, but during the game, I'll probably have to get a sense of that and how I feel about it. But yes, it's an opportunity for Ryan to get ready.

"He's had that chance before last year in the offseason before Joe got back for training camp. Those reps are really huge for a quarterback. He'll want to make the most of all those reps with the ones and we'll just see where it goes from there."

Mallett, who has struggled in training camp to this point, was 3/6 with 26 yards and an interception in four appearances last season.

No deadline for Matthew Stafford extension talks
The Detroit Lions have been discussing a contract extension with quarterback Matthew Stafford all offseason, and while they have yet to reach an agreement, Stafford hasn't set a deadline, according to Josh Alper of ProFootballTalk:

“As far as the deadline goes, it’s something I’ll talk to my agent about,” Stafford said. “I’m not worried about it at the moment. The contract, it’s really not too difficult for me to not think about. The only time I really talk about it is with [the media]. Guys in the locker room know it’s all about football. They’ve all been through these situations before. I’m just trying to do everything I possibly can to be as good a football player as I can be and lead our team.”

Lions General Manager Bob Quinn said over the weekend that “there’s a long way to go” before the two sides strike a deal, so setting a deadline could provide the push needed to get to the finish line or it could guarantee that Stafford will be playing out the year before coming to a resolution.

Stafford passed for 4,327 yards with 24 touchdowns and 10 interceptions last season.