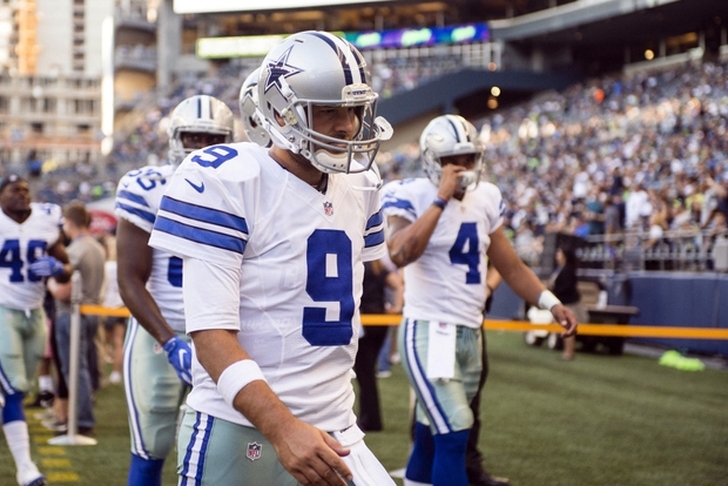 With the Super Bowl now in the rearview mirror, all 32 NFL teams are officially in the offseason. While the draft and free agency are still a several weeks away, there is plenty action around the NFL as teams are making preparations for the start of the new year on March 9. Check out the latest news and rumors in our NFL Rumors Roundup.

Cowboys still considering keeping Romo
After winning Rookie of the Year and leading the Dallas Cowboys to a 13-3 record, it's largely a foregone conclusion that Dak Prescott will continue to be Dallas' starting quarterback and they will part ways with Tony Romo this offseason. However, owner Jerry Jones doesn't seem ready to let go, saying they still haven't decided what Romo's future with the team will be.

"I don't know how ultimately we will resolve this. Nobody should be alarmed because you don't have all the answers. There are some issues here that you just got to see how the cards are played. But we'll work through this. We have a sound enough foundation together that on an individual basis we'll get through this."

Romo is due nearly $20 million next season, which is why everyone thinks they'll get rid of him. Romo has said that he wants to go somewhere he can start, with the Houston Texans and Denver Broncos emerging as the favorites to land him.

Palmer to return in 2017
The Arizona Cardinals were also rumored to be a possible landing spot for Romo if Carson Palmer retired, but that is not the case. Palmer announced today that he is returning for the 2017 season:

“My intent was to take some time after the season to get away and see where I was physically and mentally,” Palmer said. “On both fronts, I can say I’m ready to get back to work and prepare for the 2017 season. This is a phenomenal group with a very special opportunity in front of it. I know how rare that is and I couldn’t be more excited to be a part of it.”

Palmer passed for 4,233 yards with 26 touchdowns and 14 interceptions in 15 games this season.

Manziel works out for CFL team
Former Cleveland Browns quarterback Johnny Manziel is trying to make a return to the NFL after being out of the league last season, and is open to making his comeback tour through the CFL. According to the Hamilton Spectator, Manziel worked out for the Saskatchewan Roughriders - but the workout was in violation of CFL rules.

Sources say Manziel was put through the paces by the Riders in Florida in advance of last month's Senior Bowl. Manziel resides on the Hamilton Tiger-Cats' negotiation list, having been added on Sept. 9, 2012, and Saskatchewan did not have permission to conduct the workout. That's a violation of CFL bylaws, according to the league.

"The rules regarding the neglist are outlined in our by-laws. A team has exclusive rights to a player on their neglist," according to a league official. "Therefore that player could not be contacted by, worked out by, or negotiate with another club unless consent is given."