NFL Rumors Roundup: Cowboys May Use Both Prescott & Romo, Lewis Will Play & More 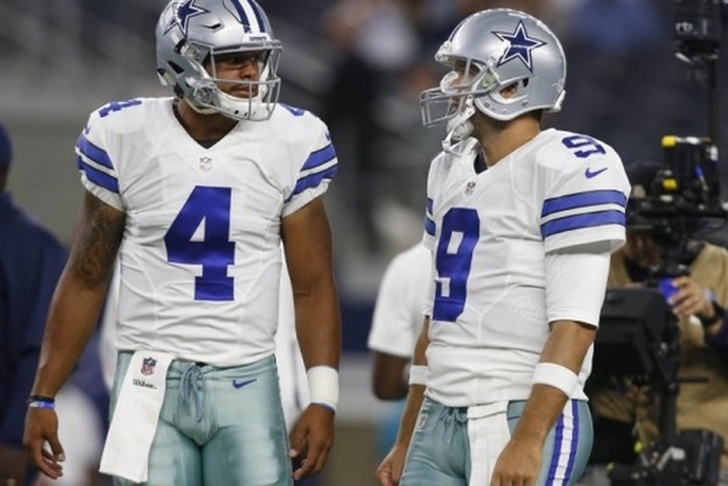 Week 10 of the NFL season started on Thursday, with the Baltimore Ravens picking up a convincing 28-7 win over the Cleveland Browns. As we head towards the rest of this weekend's games, there are plenty of news and rumors swirling around the league involving injuries and players that may or may not be available. Here are the latest you need to know:

Cowboys to use both Prescott & Romo?
Dallas Cowboys quarterback Tony Romo will make his return from a back injury in the next week or two, and the question has been how Dallas will manage their quarterback situation with the remarkable play of rookie quarterback Dak Prescott. Many assumed they would have to pick to go with one or the other, but Mike Florio of Pro Football Talk reports that the Cowboys may use both over the course of a game:

“I think probably the latter is how that’s gonna go,” [Cowboys executive V.P. and COO Stephen] Jones said. “We obviously feel good about what our team’s doing right now but at the same time when you got a great player like Tony, if you feel like he could infuse some energy and pull something out for you that maybe things aren’t going your way then certainly that’s a coaching decision that can be made by Jason and Scott [Linehan]. Right now, we’re focused on being positive and looking not past Pittsburgh at this point and we’ll just kinda take each day one day at a time.”

The possibility of Romo entering a game where “maybe things aren’t going [their] way” raises an alternative to Prescott or Romo being the clear-cut starter. In 2007, the Cardinals used both Matt Leinart and Kurt Warner, typically inserting Warner after the team fell behind and then going back to Leinart once Warner brought the Cardinals back. The back-and-forth continued, to the chagrin of Leinart, until he suffered a season-ending injury.

So could the Cowboys flip and flop their two quarterbacks, not in the 2015 Broncos way but within a given game? The approach could create a preparation nightmare for opponents, who would have to spend the days preceding the game getting ready for both guys.

Prescott has thrown for 2,020 yards and 12 touchdowns with just two interceptions so far this season, along with rushing for 125 yards and four more scores. In 2014, Romo's last healthy season, he passed for 3,705 yards, 34 touchdowns and nine interceptions.

Dion Lewis will play
The New England Patriots announced they have activated running back Dion Lewis, meaning he will make his season debut on Sunday:

Lewis tore his ACL halfway through last season, then had another surgery on the knee right before training camp. Last year, Lewis had 234 yards and two touchdowns on 49 carries while catching 36 passes for 388 yards and two more touchdowns in seven games.

“If [Coach Mike Tomlin] calls my name, I will be as prepared as I can,” Green said. “I have been getting the same amount of reps [in practice this week]. We always rotate it. We still have been rotating. I study the playbook. I treat it as if I am playing whether I am or not.”

Green caught 37 passes for 429 yards and four touchdowns with the Chargers last season.