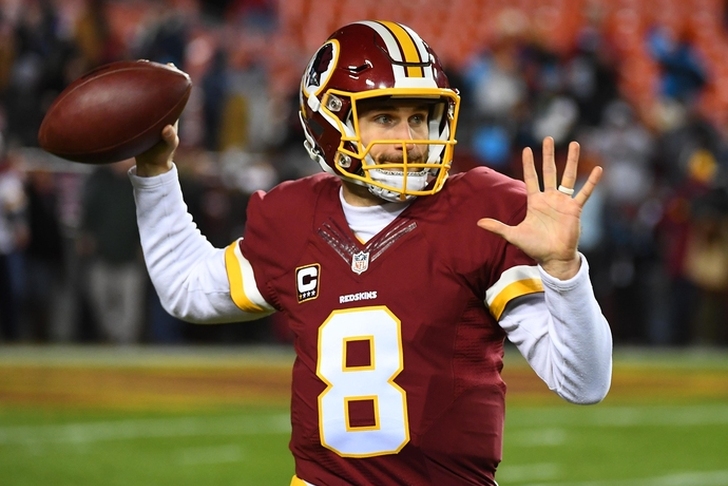 The NFL offseason rumor mill is in a quiet stage, with training camps still a month away for most teams and limited roster moves occurring. Still, there is some buzz, thanks to some unsigned players and the ongoing Kirk Cousins saga in Washington. Here are all the latest NFL rumors you need to know.

Kirk Cousins "unlikely" to sign long-term with Redskins
Contract talks between Kirk Cousins and the Washington Redskins are improving, but Cousins is unlikely to sign any long-term deal with the franchise, according to ESPN's Adam Schefter:

There are other reasons why Cousins won't sign a long-term deal with the team, which stem from a distrust of the front office, according to Mike Jones of the Washington Post.

While he has a great relationship with Coach Jay Gruden and is appreciative to Gruden for giving him his shot as a starting quarterback, Cousins has always understood that it took a lot of convincing by Gruden and former general manager Scot McCloughan to get Bruce Allen and Daniel Snyder to move on from Robert Griffin III. McCloughan wanted to give Cousins an extension in 2015; Snyder and Allen weren’t on board. McCloughan and Gruden wanted to get something done last offseason; Snyder and Allen still weren’t convinced. So, there has been a degree of distrust on the quarterback’s part as he has wondered if the top two people in the organization truly want him. This offseason, Snyder has gotten involved, communicating with Cousins and expressing his desire to keep him long-term. That should help some. But Cousins also knows that’s only lip service. Until the Redskins actually open the checkbook and extend a worthy offer, Cousins will not really know how much the owner and team president really want him.

The two sides have until July 17 to sign him to a contract extension, but Cousins may be inclined to hit the open market. ESPN's Dan Graziano thinks Cousins could get a contract that pays him $30 million a year as a free agent this offseason.

Raiders "pleasantly surprised" by Marshawn Lynch
Marshawn Lynch came out of retirement to sign with the Oakland Raiders, but there were some skeptics within the organization about how much the 31-year-old could still contribute. However, offensive coordinator Todd Downing told SiriusXM NFL Radio that Lynch has been a pleasant surprise so far.

“This is being as genuine as I can be,” Downing said. “He has pleasantly surprised me at every turn. It’s been really neat to be around him. … So everything that we’ve seen on him thus far — and, of course, we’ve only been in pajamas out there practicing — but what we’ve seen has been fantastic. And I’m as excited as the rest of Raider Nation to see what he’s got.”

In his final season in 2015 with the Seattle Seahawks, Lynch rushed for 417 yards and three touchdowns on 111 carries.

Source: former Bills RB Karlos Williams has been suspended for a period of at least one year.

Williams was suspended for the first four games of 2016 for violating the policy, and the Buffalo Bills released him shortly thereafter. The Pittsburgh Steelers added him to their practice squad, but after being suspended for 10 more games, the Steelers let him walk in free agency.