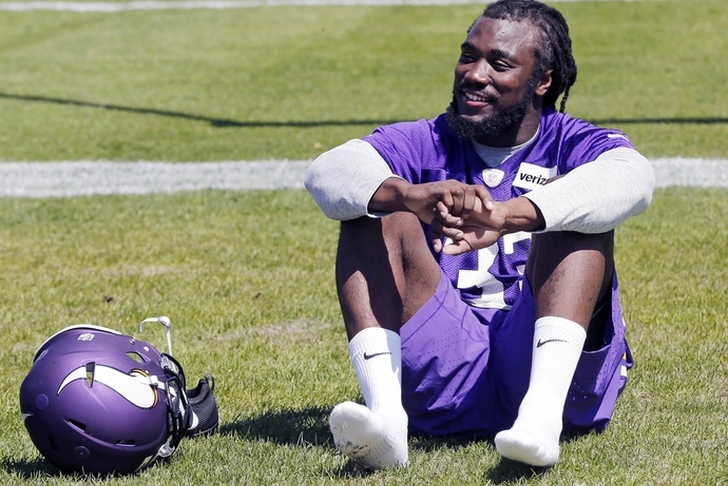 With the NFL Draft now firmly in the rearview mirror, rookie minicamps have kicked off this weekend as teams prepare for upcoming training camps. There are also a few notable free agents still available that are expected to find landing spots in the coming weeks. Here are all the latest NFL rumors you need to know.

Cook may start for Vikings
The Minnesota Vikings are trying to replace Adrian Peterson this season, and Latavius Murray seemed to be in line for the starting role after the team signed him in free agency. However, Cook's performance in rookie camp suggests there will be some serious competition for the job, according to ProFootballTalk's Mike Florio.

“He showed acceleration, good feet, good vision, a lot of the same things we saw on tape,” coach Mike Zimmer said after practice regarding Cook, via Chris Tomasson of the St. Paul Pioneer Press. “[He’s] a good kid; seems smart in the blitz pickup drill they had down there.”

Zimmer added that it’s too early to speculate as to whether Cook or free-agent acquisition Latavius Murray will win the starting job, and that seems to be fine with the rookie.

“That’s not my ultimate goal,’’ Cook said. “My ultimate goal is to find my role, just come in and contribute to the team anywhere possible and help the team win.’’

The fact that ankle surgery will keep Murray from doing anything until training camp could give Cook an edge.

Minnesota traded up to draft Cook in the second round with the No. 41 overall pick. As a junior at Florida State last season, Cook ran for 1,765 yards with 19 touchdowns while also catching 33 passes for 448 yards and another score.

49ers may cut Aaron Lynch
San Francisco 49ers linebacker Aaron Lynch's play has been on a steady decline since his breakout rookie year in 2014, and now that he is overweight, there's a good chance the team could cut him, according to Grant Cohn of the Santa Rosa Press Democrat.

Lynch had just 13 tackles and a sack and a half in seven games last season.

Browns to have open QB competition
The Cleveland Browns currently have four quarterbacks on the roster after drafting DeShone Kizer, and they plan to have an open competition for the starting job between all four, GM Sashi Brown told ESPN's Mike and Mike:

“I think it’s going to be an open competition,” Brown said. “Hue (Jackson) and (quarterbacks coach David Lee) will decide ultimately who our starter will be, but we’re excited about all three of those guys, and DeShone coming into that room to give us a fourth opportunity for a guy who may become our starter. But I think the spring and certainly training camp will help us iron that out.”

Kizer will be competing with Cody Kessler (the projected starter), Brock Osweiler and Kevin Hogan.