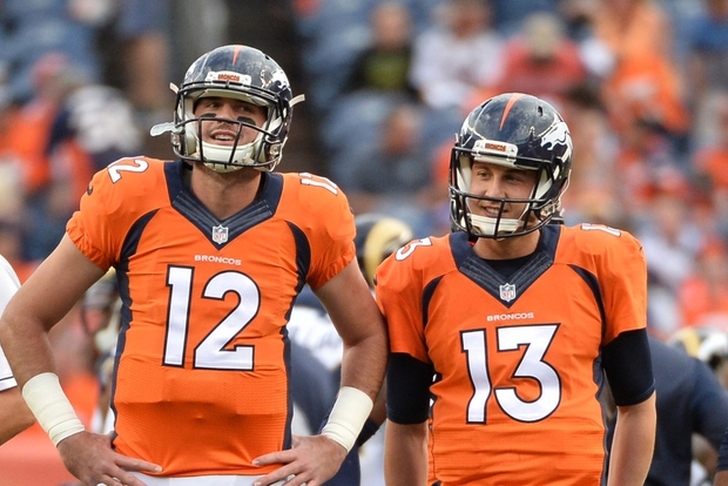 The NFL offseason rumor mill is in a quiet stage, with training camps still a month away for most teams and limited roster moves occurring. Still, there is some buzz, thanks to some unsigned players and the Chiefs' electing to part ways with their general manager. Here are all the latest NFL rumors you need to know.

Chiefs GM Search
The Chiefs made the surprise decision to let go of General Manager John Dorsey earlier this week and now they're in the process of searching for a replacement. One name that has come up is ESPN analyst Louis Riddick.

The #Chiefs have reached out to ESPN analyst Louis Riddick to set up an interview for next week for their now-vacant GM job, sources say.

However, Riddick himself says the Chiefs have not contacted him.

The Kansas City Chiefs have not contacted me and there is no interview set up for this week. Source? Me.

Riddick nearly landed the 49ers GM job, before it went to John Lynch. Riddick is a former NFL scout and served as the Eagles' and Redskins' director of pro personnel before landing at ESPN. Training camp starts for the Chiefs in late July, which could be an internal deadline for the Chiefs to hire a new GM.

Jabrill Peppers Contract
The Browns rookie safety is one of only a handful of unsigned draft picks. He's the only Brown pick left unsigned, and Mary Kay Cabot of the Cleveland Plain Dealer sheds some light on why.

"When first-round picks remain unsigned, it usually deals with offset language in the contract," Cabot writes. "Peppers' representatives are likely trying to avoid offset language, which would mean that if he signs with another team before his four-year deal is up here, he'd still make his fully guaranteed money from the Browns plus whatever the new team pays him. Offset language enables the original team to pay only the difference. The Browns do not want to include offset language."

Cabot adds that No. 1 pick Myles Garrett did not get the offset language and the third first round pick of the group, TE David Njoku, likely didn't either. The Browns hope to get a deal done for Peppers by the start of training camp on July 27th. Given where Peppers was drafted, he likely won't get the offset language. When Peppers signs, the rookie scale will result in his contract being worth about $10.3 million, with $5.6 million guaranteed.

Broncos QB Battle
Trevor Siemian is still the clubhouse leader for the Broncos' starting QB position, but former first round pick Paxton Lynch made up ground in the final few weeks of the offseason. Mike Klis of 9News in Denver reports the switch appeared to flip for Lynch.

"But in those final two weeks of the Broncos’ offseason program – the final week OTAs (organized team activities) and only week of mandatory minicamp – something happened to Paxton Lynch," Klis writes. "His switch was flipped. He started to get it. He started to play as if he was doing just that – playing. Playing and not thinking about his protections and hot reads and coverages and delivering the ball on time."

Lynch says he's getting better and the gap between Lynch and Siemian is smaller now. The Broncos QB battle will go well beyond training camp (which opens in late July) and might not be decided until the end of the preseason. No QB battle this preseason is more intriguing than the Lynch-Siemian one in Denver.