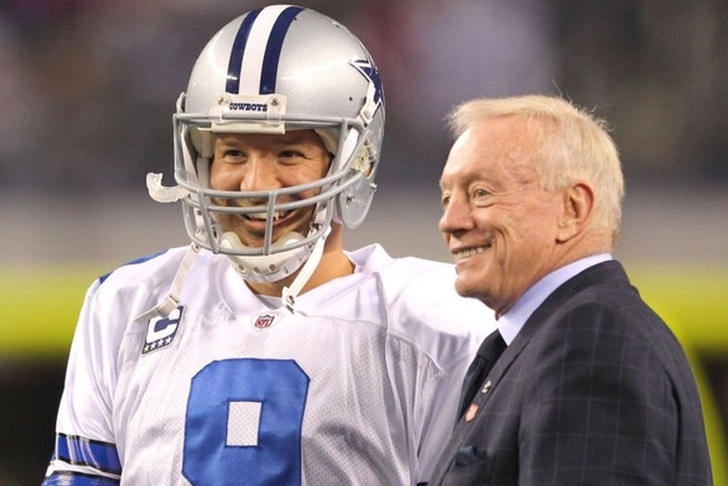 The just a quarter of the NFL regular season left, many teams are dealing with injuries, and some are looking ahead to the offseason. The Kansas City Chiefs, however, are looking to the playoffs after beating the Oakland Raiders on Thursday Night Football - and may be getting a big boost for the postseason. Here are all the latest news and rumors from around the league:

Jamaal Charles may return for playoffs
Chiefs running back Jamaal Charles was thought to be lost for the season after suffering another knee injury in November, but there is a chance he could return to the team for the playoffs, according to NFL Network's Ian Rapoport:

As his team plays tonight, #Chiefs RB Jamaal Charles (2 knee surgeries) is doing well, working hard, hopeful to be back for the playoffs.

Charles appeared in just three games this season in limited capacity as he recovered from a knee injury in 2015, rushing for 40 yards and a touchdown on 12 carries.

Jerry Jones thinks he can get Tony Romo to return to Cowboys next season
Dallas Cowboys quarterback Tony Romo has lost his starting job to rookie Dak Prescott, who is clearly the team's quarterback of the future. Romo has said that he still believes he can be and wants to be a starter, causing many to believe that he would leave the Cowboys after this season.

Owner Jerry Jones does not believe that, telling the New York Daily News and he thinks he can get Romo to play for the Cowboys and be Prescott's backup again next season:

“I think if I ask Tony to go with us on that and let’s try to win a championship, I think, yes, he will.

“Tony is investing in his teammates. Everybody understands while he’s excited to be part of the team and he’s excited for the team, that he’s dying inside not to be out there competing. I underline the words dying inside. There are plenty of examples where high profile quarterbacks didn’t go down gracefully and step off the field gracefully. Lots of example of it. It’s just hard for that kind for competitor to do that.

“I think Romo is going to get his opportunity. I don’t want it to happen. But I think he may get his opportunity to get us a Super Bowl. While that’s a mixed bag when I think about it — that means you don’t have Dak out there — but it means, what a story, one for the ages, if he’d step in there and this year help us win a Super Bowl on the field with his skill. That can happen here. We’re not talking about a bus driver out there. We’re talking about a guy who can go out there and move our team.”

Romo appeared in just four games last season due to fracturing his clavicle twice, and has not played this season. He suffered a back injury in the preseason, and Prescott has been the team's starter ever since.

"No, no, no," Whaley told WGR 550. "We've said from Day 1 that we're going to give him this whole season, and after that, we'll sit down with the coaches, the ownership group and make the decision.

"You got to look at the whole season. He's got four more games to write this chapter. And then after this season, like everybody on the team, we're going to do the evaluation, and we'll go from there. But this season is one of those things where he's done some things really good to get us to six wins. But just like everybody on the team, there are some plays that he wishes he could do over."

The Bills owe Taylor $30 million in guaranteed money if he is on the team's roster past the fourth day of the 2017 league year, which starts in March. Buffalo signed him to a six-year, $100 million extension in August.