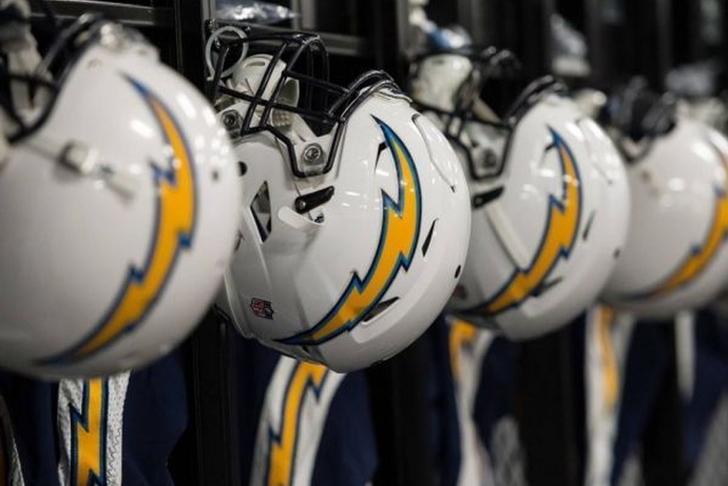 The NFL regular season ended a week and a half ago, but there is plenty of action going on around the league. Along with the playoffs reaching the divisional round this weekend, half of the NFL head coaching vacancies have already been filled - but the big news is the San Diego Chargers announced that they will relocate to Los Angeles for next season. Check out the latest news on that & more in our NFL Rumors Roundup:

Chargers may rebrand with move to LA
The Chargers have already announced they will be known as the Los Angeles Chargers next season and have unveiled a new LA logo, but more severe changes could be coming. According to Vincent Bonsignore of the Los Angeles Daily News, the Chargers are considering adopting a new name to accompany the move:

Can confirm the #Chargers will consider rebranding. Won't happen in time for 2017 - if at all - but absolutely under consideration

The new name would not take hold until the 2018 season at the earliest, but would most likely happen before the Chargers move to their new stadium with the Rams in 2019.

Chargers to play in 30,000 seat MLS stadium
While the Chargers wait for the new stadium to be built, they will be playing their home games at StubHub Center, the 30,000-seat home of the MLS' Los Angeles Galaxy, according to ProFootballTalk's Mike Florio:

The Chargers will indeed return to the city in which they were founded, 57 years ago. And they’ll be spending two years in a 30,000-seat stadium, playing at the StubHub Center until the stadium they’ll share with the Rams opens in 2019.

Per a source with knowledge of the situation, the Chargers waited until after Wednesday’s meeting of the league’s stadium and finance committees to make the final decision to move. The team didn’t expect anything to happen at the meeting to change the mind of owner Dean Spanos, but Spanos wanted to wait.

The StubHub Center gives the Chargers a chance to market a very unique experience, giving fans an intimate environment for watching a pro football game. The limited time for the limited-space event should give Chargers games a sense of intrigue and exclusivity before they go toe-to-toe with the Rams for customers at the stadium to be built in Inglewood.

Oakland Alameda Coliseum, current home of the Oakland Raiders (who may be moving to Las Vegas this offseason), is currently the smallest home to an NFL team with a capacity of 56,063 fans.

According to Bleacher Report, Shanahan is very intrigued by the 49ers job because it is a complete rebuild:

Based on Cole’s report and the process of elimination, the Atlanta Falcons offensive coordinator would accept an offer for the 49ers job when he’s ready. Apparently, general manager Jed York’s decision to wipe the slate clean intrigued Shanahan. He could step in without complications from the previous regime clouding his vision.

Shanahan has been the offensive coordinator of the Falcons for the past two seasons, and has been an OC in the NFL since 2008, working for the Texans, Redskins and Browns before taking the Falcons job.