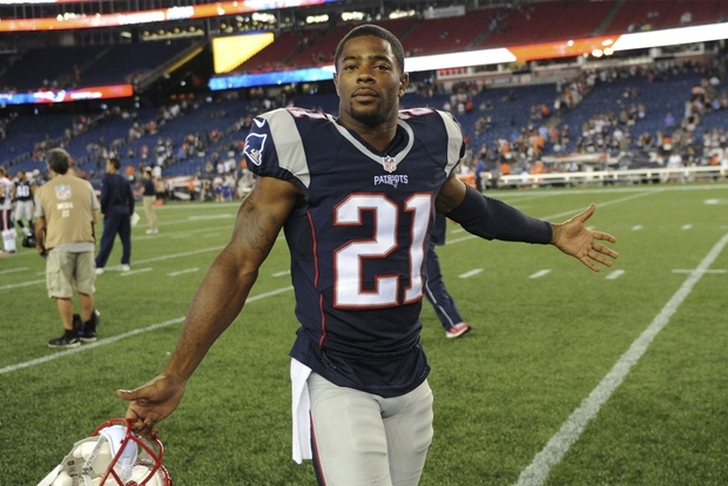 With the NFL Draft now over, teams around the league are looking forward to rookie minicamps and upcoming training camps. There are also a few notable free agents still available that are expected to find landing spots in the coming weeks. Here are all the latest NFL rumors you need to know.

Sure, he showed up to the Patriots optional workouts this week. And sure, that likely means he's not going to hold out come training camp. But that doesn't mean he's happy, according to CSNNE's Mike Giardi.

"He wanted to be traded," Giardi said on Early Edition Thursday. "He knew what the money was in New Orleans. So when we talk about him, 'Oh he's happy. It's nice that he's joined his teammates again.' He had no other choice.

"He wanted New Orleans. He wanted them badly. They couldn't work out a deal. So what's he supposed to do now? Sit at home? No, you suck it up. You have to turn yourself back into a Patriot at least for a year, and hope. Who knows, maybe you do your work and maybe they say, 'Hey, Malcolm, you know what, we can't give you Gilmore money. But maybe we can find something. Maybe we've got $10 or $11 million."

New England placed a first-round franchise tender on Butler, who signed it and will make $3.91 million this season. Last year, Butler recorded 63 tackles with four interceptions and 17 pass breakups this season.

Deshaun Watson to immediately compete for Texans' starting QB job
The Houston Texans traded up in the NFL Draft to pick Deshaun Watson with the intention of him being their quarterback of the future, but there's also a good chance he's their quarterback of the present, too. Texans general manager Rick Smith told the Stephen A. Smith Show that Watson will compete with Tom Savage for the starting job.

"We want to provide a competitive environment across the board. So [Watson will] compete," Smith said. "[But] like I said, we feel good about Tom and his abilities to manage the offense. But yeah, [Watson] will come in, and just like every other guy on the roster, he'll have time to play.

"Our mentality is that we try to create the most competitive environment possible, at every position, so there are some things that Deshaun has to come in and learn -- all these rookies. They've got to come in, and there's so much that they don't know about pro football. So he is in the class with the rest of those men when they report next week. There's a lot for him to learn that way."

Savage took over as the team's starter late in the season for Brock Osweiler, but injury limited him to three games (including two starts). In those games, he passed for 461 yards with no touchdowns or interceptions.

By not exercising the option that would extend the deal from four years to five, the Vikings allow Bridgewater to become an unrestricted free agent in 2018. But there’s a catch, hiding in plain sight.

Says Article 20, Section 2 of the Collective Bargaining Agreement: “Any player placed on a Physically Unable to Perform list (‘PUP’) will be paid his full Paragraph 5 Salary while on such list. His contract will not be tolled for the period he is on PUP, except in the last year of his contract, when the player’s contract will be tolled if he is still physically unable to perform his football services as of the sixth regular season game.” (Emphasis added.)

Contrary to a report that Bridgewater would have to miss the whole season to have his contract tolled, this means that the contract will toll only if the player is on the PUP list as of the sixth regular-season game. Which also means, as a practical matter, that if he’s still on PUP when the regular season begins, the contract will toll.

Bridgewater missed all of last season after suffering a torn ACL and dislocated knee in practice in the preseason. There is also a strong chance that Bridgewater will have to miss all of the 2017 season as well.