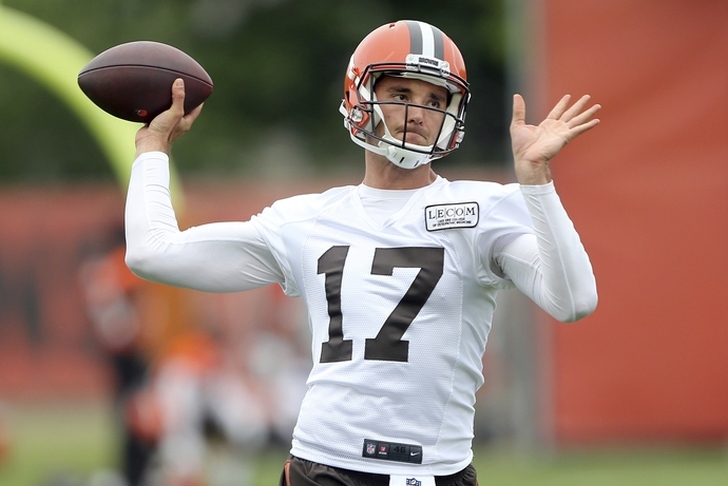 The third week of the NFL preseason is nearly underway and there are several rumors around trades and other moves. This is the week that matters the most, with starters playing more than just a series or two and teams hoping to make decisions on any position battles. As a result, the rumor mill is heating up with all the latest on those position battles, injuries, potential cuts, signing and more. Here are top the NFL rumors and news you need to know:

Browns Shopping Osweiler
As recently as Monday, it was reported that the Browns were leaning towards making Osweiler their starting QB. Now, the Browns are trying to deal Osweiler.

#Browns continued to make calls about trading Brock Osweiler before and after start of training camp, per sources. Keeping options open.

Osweiler has looked like Houston Texans Osweiler (i.e. a bad QB) in the preseason, so the Browns are hoping there's another injury that prompts a team to get desperate and make a move for Osweiler. This is not the first time the Browns have shopped Osweiler either. They did the same at the NFL Draft, offering to eat his of his massive $16 million salary. That salary is a major road block in any trade. That, and that Osweiler just isn't good. ESPN's Tony Grossi believe the Colts are a trade partner.

In the meantime, head coach Hue Jackson announced that rookie QB DeShone Kizer will be the starter in the third preseason game against the Bucs.

"This morning, I informed our quarterbacks that DeShone will be our starter for the third preseason game against Tampa. He has made a lot of progress by investing the time necessary to learn our offense, working hard to improve on his fundamentals while also effectively moving the offense in preseason games. Development is so important for a young quarterback, this is the next step he needs to take and he deserves this opportunity. We are very excited about seeing DeShone in the role of starter for this week, as he is certainly positioning himself well to earn the starting job heading into the regular season."

Osweiler is not expected to play in the game, either. Of all the QB situations, this one of the most intriguing in the NFL.

If Allen Hurns doesn't play again tomorrow, as a healthy pseudo scratch again... are they shipping him? He's practicing.

That's my guess. We talked about that last night on radio, too. https://t.co/zHgil8xUfl

Trading Hurns won't be easy. He signed a four-year, $40.65 million extension last year and still has over $31.35 million due over the next four years (it was an extension, not a new deal), left on the contract. He's due $7 million this year, with all of that coming via a guaranteed base salary. He has no more guaranteed money after this year, but that's a pricey contract for a player coming off a season in which he caught 35 passes for 477 yards and three TDs in an injury-limited season. The awful QB play doesn't help, but Hurns did catch 64 for 1,031 yards and 10 TDs in 2015. Any team that has interest in Hurns would hope they'd get the 2015 version.

The asking price for Hurns is not clear. But given the contract and rough 2016 season, it likely wouldn't be much. Still, there are teams who are in the market for WR help.

Bears Extended Charles Leno
The Chicago Bears and LT Charles Leno have agreed to a contract extension. The team announced it on Twitter and NFL.com's Mike Garafolo has the details.

Leno was serviceable for the Bears last year, continues to improve and is just 25 years old. At $9.5 million per year, Leno will be the 13th-highest paid left tackle in the NFL. He was set to be a free agent after this season.