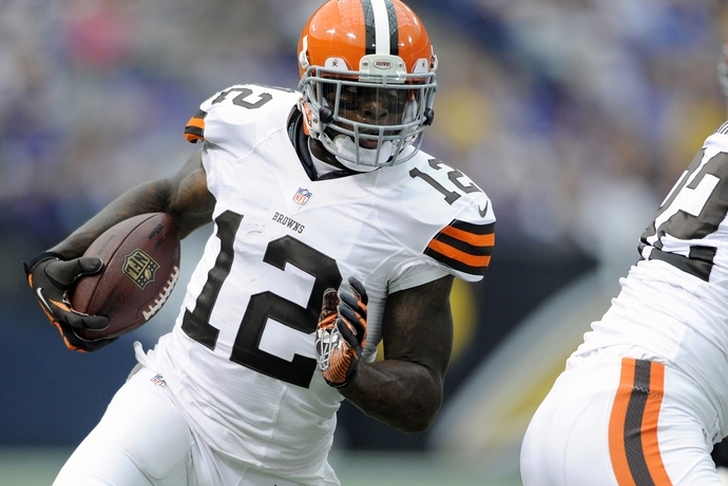 Week 3 of the NFL pre-season kicked off last night with the Miami Dolphins beating the Atlanta Falcons, 17-6, while the Seattle Seahawks picked up a 27-17 win over the Dallas Cowboys. Teams are also putting out the finishing touches on their roster ahead of the start of the regular season with a few of the remaining veterans are being signed, sometimes to replace players who went down with injuries. Here's all the latest NFL news and rumors you need to know:

Browns asking price for Josh Gordon
Though the Cleveland Browns have said they plan to keep wide receiver Josh Gordon, there is truth to the report that they are taking offers for the former All-Pro wide receiver. According to Mike Garafolo of NFL Network, the Browns were seeking "a second-round pick and then some" for Gordon, which explains why no momentum towards any deal has been made.

Gordon is suspended for the first four games of the season for violating the league's substance abuse policy (he missed the entire 2015 season for the same reason), and will be a restricted free agent this offseason. For Gordon's part, he says he doesn't want to play anywhere else:

"Cleveland is my team. That's where I want to be," Gordon told ESPN.com. "(Browns owner Jimmy) Haslam, the organization, coach (Hue) Jackson, I think the world of those guys, this city, this organization. They're showing me the love and respect back to me by allowing me to stay here up to this point.

"I expect to move forward with that. I'm excited about it. This is where I want to be and I'm happy to be with Cleveland."

Cowboys "concerned" about Elliott
Ezekiel Elliott had a good debut for the Cowboys against the Seahawks, rushing for 48 yards on seven carries, but Dallas has some off-field concerns about him. Elliott was seen at a marijuana dispensary before the game (it's legal in the state of Washington), and while he wasn't seen make any purchases, the Cowboys are concerned about his "pattern of behavior," according to ESPN's Todd Archer:

Elliott is under investigation by the Columbus, Ohio, attorney's office for an alleged domestic violence incident involving a former girlfriend. Elliott has denied the accusations, but he has yet to be interviewed.

The Cowboys have backed Elliott and have not seen his story change.

The NFL seems disinclined to become publicly involved in the situation, believing Jones sufficiently rebuked Elliott. But the league continues to monitor the investigation in Ohio, a source told ESPN's Ed Werder, describing Elliott's "pattern of behavior'' as a concern.

"Again, that's a part of just really getting the big picture here," Jones said. "No matter if you played at whatever level, there is a picture here of interest. So again, I'm aware of it. I heard the report. I would know how he is, and he needs to look at that. And the other thing is it's just not good."

Berry was holding out in hopes of coming to a long-term deal with the team, but has decided to report. Head coach Andy Reid said yesterday he wasn't concerned about Berry's absence:

“Eric’s one of our good players and he’s in the business side of it right now,” Reid said. “This is all part of the profession, so I get it. But I also know when he comes in he’s going to be in great shape, he’ll be able to get himself back before the first game and be ready to go because that’s the way he trains in the offseason and the kind of shape he keeps himself in.”

Berry was named an All-Pro last season, just one year after being diagnosed with Hodgkin’s lymphoma. He racked up 61 tackles with two interceptions las season.