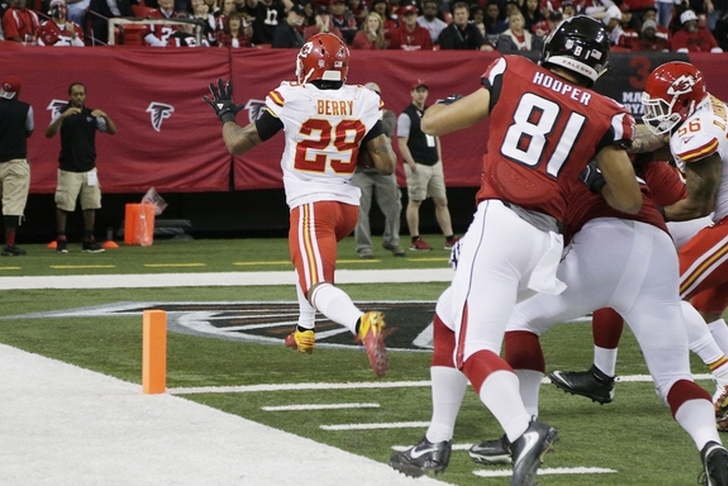 With the Super Bowl now firmly in the rearview mirror, all 32 NFL teams are officially in the offseason. While the draft and free agency are still a few weeks away, there is plenty action around the NFL as teams are making preparations for the start of the new year on March 9. Check out the latest news and rumors in our NFL Rumors Roundup.

Bills to start Cardale Jones in 2017?
The Buffalo Bills are expected to part ways with quarterback Tyrod Taylor this offseason since he is unwilling to restructure his deal, but that doesn't necessarily mean they're looking for a new starter. According to Vic Carucci of the Buffalo News, GM Doug Whaley likes the idea of starting backup Cardale Jones in 2017:

When all is said and done, the Bills could very well determine their best move is to swallow hard and stroke the check for Taylor. Otherwise, they might be inclined to follow through with a plan that is thought to be appealing to at least one member of their hierarchy, General Manager Doug Whaley, and that is going with Cardale Jones as the starter.

Jones, last year's fourth-round pick from Ohio State, has plenty of talent, but only time will tell whether he has acquired much-needed maturity to understand the amount of time and effort it takes to prepare to play his best.

Jones went 6/11 for 96 yards with an interception in his lone appearance during the 2016 season.

Falcons an option to sign Eric Berry?
All-Pro safety Eric Berry and the Kansas City Chiefs are trying to negotiate a long-term contract this offseason after Berry played last year under the franchise tag, and he has said he will not play under the franchise tag again. If the two sides are unable to reach a deal - or if it gets to the point where Berry hits the open market - the Atlanta Falcons could be a real threat to sign him, according to Mike Florio of ProFootballTalk:

After the deadline passes (and if the tag isn’t applied), Berry’s value will be driven by the open market. At that point, however, he’ll be free to go wherever he wants. Like, for example, back to Georgia.

Berry had a huge role in Kansas City’s regular-season win over the Falcons. With the Falcons now reeling from a 25-point collapse in the Super Bowl, who better than Berry — who has overcome cancer — to help the Falcons move past one of the low points in franchise history? So even though the Falcons may not need to go outside the current roster in free agency, Berry is the kind of luxury that they should maybe find a way to afford.

Berry, an Atlanta native, racked up 77 tackles with four interceptions and a forced fumble last season.

Myles Garrett wants to go No. 1, even if it's to the Browns
Former Texas A&M defensive end Myles Garrett, the projected No. 1 pick in the NFL Draft, created a stir on Friday when he appeared in a video on ESPN pleading for the Cowboys to trade up to draft him. Garrett has since backtracked on that video, saying he was joking. In an interview with Fox 26 Cleveland, Garrett said he'll play where ever, including for the Cleveland Browns.

"People might say, 'They're this, they're that' or I made a comment on cold weather and they kind of pointed towards Cleveland with that, it doesn't matter to me, I'll play wherever they put me," Garrett said. "If you go in there with a mindset that you're gonna turn things around and make that contagious and people start to believe in it, you can turn into a winning program wherever you go."

Cleveland holds the top pick, but Garrett had also previously said that he preferred not to play for a cold weather team. He was largely limited due to injuries over the past year for Texas A&M, but still racked up 33 tackles with 11.5 tackles for loss and 8.5 sacks in 10 games. The 6-foot-5, 270-pounder also forced two fumbles and recovered one.