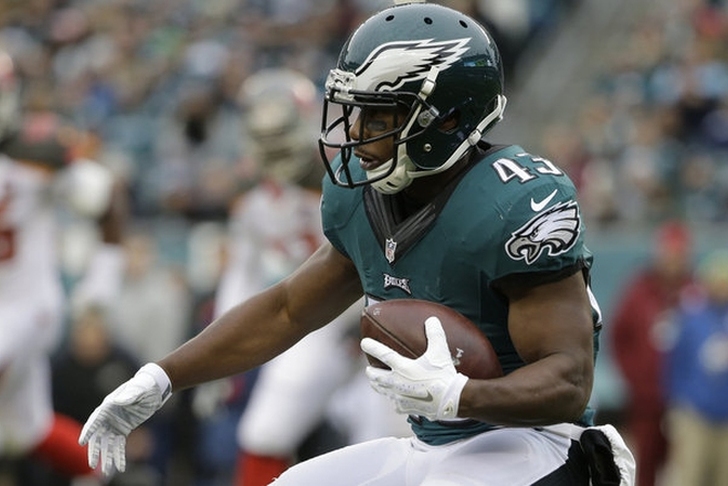 The NFL off-season has quieted down, as most teams have filled out their rosters. However, there are a few notable names left on the market and there’s still plenty of buzz around the league. Here are all the latest NFL news and rumors:

Darren Sproles to skip OTAs as Eagles look to trade him
Philadelphia Eagles are looking into the possibility to trading running back Darren Sproles, and he is skipping OTAs until the team figures out his future, reports NFL Network's Ian Rapoport:

#Eagles received calls of trade interest for RB Darren Sproles mid-draft, sources said. He's staying away from OTAs until its sorted out

Sproles is expected to back up Ryan Mathews this season. He rushed for 317 yards and three touchdowns on 83 carries last season.

Sam Bradford backtracks after trade demand
Eagles QB Sam Bradford met with the media for the first team after he demanded a trade from the team, and he explained his reasoning for rescinding the trade request:

“When I found out about the trade, I was frustrated, I just felt like I needed some time. I could have stayed here, could have continued to work here, but I’m not sure my head really would have been here those two weeks,” said Bradford. “My agent thought that [requesting the trade] was the best option and after those two weeks, we realized this was the best place to be.”

Bradford left the team for two weeks and asked to be traded after the Eagles acquired the No. 2 pick to draft Carson Wentz.

Some more bad news for the #Bills this Monday. Multiple team sources tell me that wide receiver Sammy Watkins has broken his foot.

Watkins had 60 catches for 1,047 yards and nine touchdowns last season.

Shaq Lawson also out for Bills
Buffalo will also be without first-round pick Shaq Lawson for the foreseeable future after having shoulder surgery, the team announced:

The Buffalo Bills are taking measures to prevent the possibility of Shaq Lawson aggravating a pre-existing shoulder condition during the season. While he could continue to play, the Bills medical staff has determined that surgery is the best course of action for the overall health of his shoulder moving forward. He had an occurrence of the condition last week, but that would not preclude him from participating in the offseason program. Shaq is scheduled for surgery tomorrow on his shoulder with a rehabilitation program to follow. A timetable for his return is still being established.

The Bengals locked up the middle of their defense for the next five years Tuesday when they announced a four-year extension for safety Shawn Williams.

Williams, who turned 25 Friday, would have been a free agent after this season but the Bengals added four more years on a deal believed to be in the $20 million range and keeps their starting safeties intact through the 2020 season.