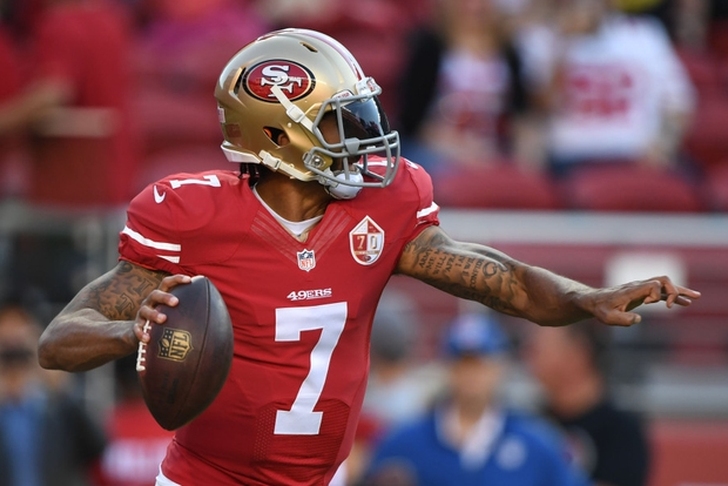 We're halfway through Week 3 of the NFL preseason, and teams are also putting out the finishing touches on their roster ahead of the start of the regular season with a few of the remaining veterans are being signed, sometimes to replace players who went down with injuries. Here's all the latest NFL news and rumors you need to know:

49ers won't cut Kaepernick
Blaine Gabbert is almost certain to be the San Francisco 49ers starting quarterback when the face the Rams in Week 1, but Colin Kaepernick may still be on the team. Even though he is owed nearly $20 million this season, head coach Chip Kelly says "there has never been a conversation about cutting Colin Kaepernick.”

The 49ers could keep Kaepernick as a backup this season, but there's also a good chance they may try to trade him. The Denver Broncos have the biggest need for a quarterback in the league, and they nearly made a trade to acquire Kaepernick earlier this offseason.

He passed for 1,615 yards and six touchdowns with five interceptions in nine games last season before losing his starting job to Gabbert.

Eagles shopping Taylor Hart
The Philadelphia Eagles already made a trade for wide receiver Dorial Green-Beckham, and they may be looking to make another deal. According to Jason La Canfora of CBS Sports, they're looking to trade defensive end Taylor Hart:

Eagles have been shopping DE Taylor Hart, a 5th rnd pick in 2014 (and former Oregon Duck), in trade conversations with other teams

Hart had 27 tackles last year in a backup role.

Falcons working out Dashon Goldson
After losing rookie safety Keanu Neal for a month due to a knee injury, the Atlanta Falcons have brought in veteran free agent Dashon Goldson for a workout, reports NFL Network's Ian Rapoport:

Goldson had 110 tackles, one interception and one forced fumble in 15 games with the Redskins last season.