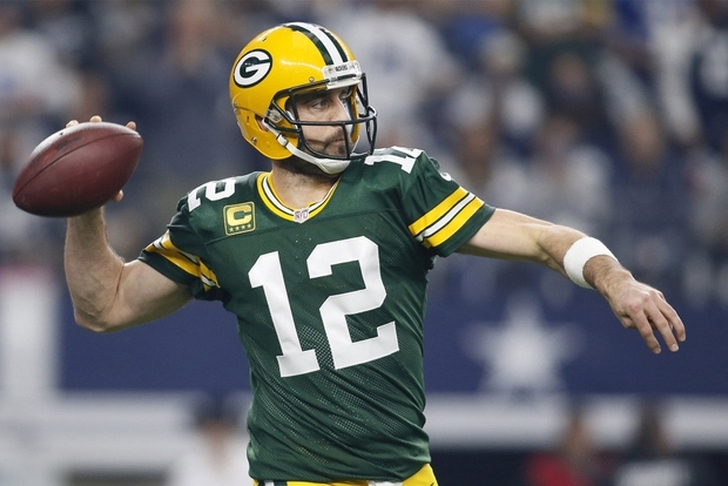 Week 13 of the NFL season kicked off last night as the Dallas Cowboys beat the Washington Redskins to keep their slim playoff hopes alive. As we get closer to Sunday's games, there's a bit more clarity regarding and the significant players that will or won't play this weekend. Here are all the latest news and rumors you need to know:

"We're looking tomorrow to potentially practice him in a trial return," McCarthy said Friday morning. "That's the outlook. We'll determine that tomorrow after his work today."

Because he's on injured reserve, Rodgers won't be able to return to play until the Dec. 17 game at Carolina - which he is hoping to play in if Green Bay beats Tampa Bay and Cleveland in their next two games.

Rodgers had passed for 1,385 yards with 13 touchdowns and just three interceptions before suffering the injury in Week 6.

Ty Montgomery to miss the rest of the season
In other Packers news, running back Ty Montgomery's season is over after being placed on IR, the team announced.

Montgomery hasn't played since Green Bay's Nov. 11 game against the Bears due to a rib injury. He had broken ribs in the Packers' first game against Chicago this season. Montgomery is also dealing with a lingering wrist injury.

The third-year pro rushed for 273 yards and three touchdowns on 7 1carries this season while catching 23 passes for 173 yards and another touchdown.

Wide receiver Amari Cooper was ruled out for Sunday's game against the Giants as he recovers from both a concussion and an ankle injury sustained last week. With both receivers out, Oakland will likely start Seth Roberts and Cordarrelle Patterson at the position, though the latter has also been limited by a hip injury and is questionable to play.

Cooper has caught 42 passes for 499 yards and five touchdowns this season.