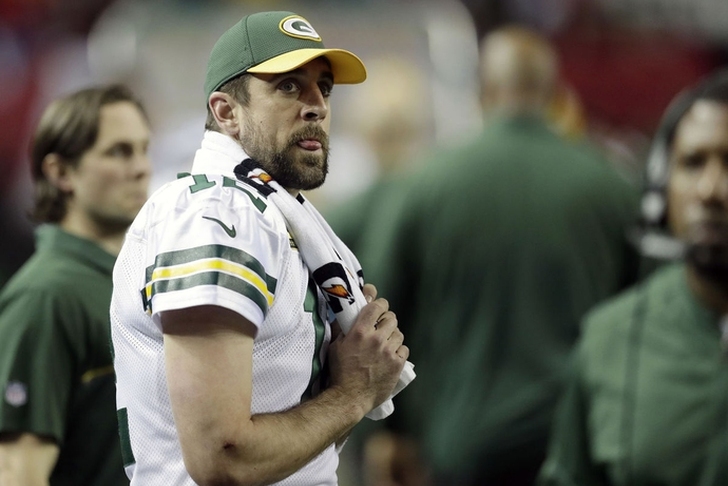 Week 9 of the NFL regular season kicked off on Thursday with the New York Jets upsetting the Buffalo Bills on Thursday Night Football, setting the stage for a thrilling weekend. As games are set to resume on Sunday, we have the latest on some key injuries. Here are all the latest news & rumors you need to know:

Aaron Rodgers could return by end of the season
The Green Bay Packers thought that quarterback Aaron Rodgers was lost for the year after he suffered a broken collarbone earlier in the season, but that may not be the case. Rodgers told the team's website that if he's healthy and the Packers are still in the playoff hunt, he'll come back and play.

“I want to be healthy; that’s the most important thing,” Rodgers said Friday. “But if we’re healthy in eight weeks and it would make sense to come back, then I’m going to come back.

“There won’t be a decision made until that bone is healed, so it’s not even a conversation if it’s not where it needs to be.”

Rodgers had passed for 1,385 yards with 13 touchdowns and just three interceptions before suffering the injury in Week 6.

If Flacco is not cleared to play, backup Ryan Mallett will start for the Baltimore Ravens. Flacco has passed for 1,290 yards with six touchdowns and eight interceptions this season.

Dirk Koetter says Buccaneers suffer from "a culture of losing"
After starting the season with playoff expectations, the Tampa Bay Buccaneers have gotten off to a disappointing 2-5 start that has them in last place in the NFC South. When asked if "a culture of losing" was to blame for their struggles this year, Koetter explained that's a lot of what is wrong with the team.

"Well, that's an excellent observation by Muhammad. And I thought, I thought that we kicked it last year, you know. I thought we were over that. We had an excellent offseason. We've got really good leadership from our players. So here we are. Here we are on this losing streak. And, you know, I don't want to believe it's culture; I really don't. And I'm around these guys every day. But at the same time we have lost four in a row; you can't hide from that. I want to believe that's not what the reason is because we've worked very hard to overcome that.

"But until you overcome it consistently, and I'm a part of that, so I'm not trying to point a finger at anybody else. I'm a part of that, all the coaches are and the players are as well. I hope that's not what it is, but I don't have a steadfast answer as to what it is right now other than the one thing that definitely shows up on tape is we're just not playing consistent enough across the board. ... When we get back to playing good solid football in all three phases, I think the wins will come back."

Koetter is in his second season as Tampa's head coach. They will face the division-leading Saints in New Orleans tomorrow.