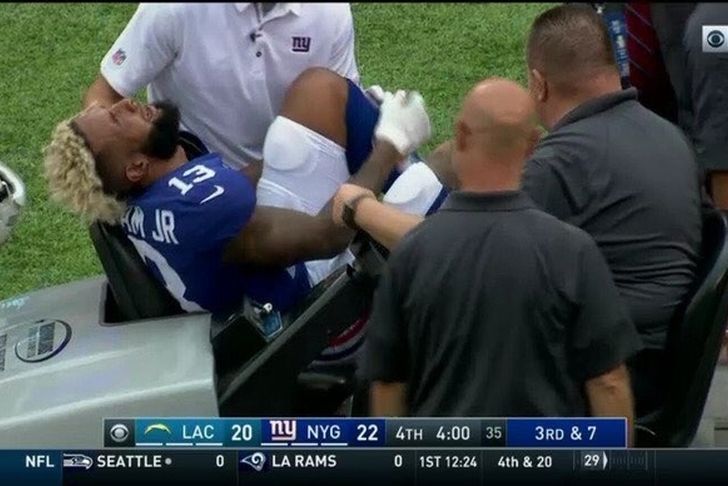 New York Giants star wide receiver was carted off the field in today's loss against the Los Angeles Chargers. It was the same ankle he injured in the preseason against the Cleveland Browns which caused him to miss Week 1. The injury looked very serious and considering how much pain Beckham was showing the Giants will be holding their breath.

Odell Beckham Jr being carted off with a left ankle injury that looked bad.

To see the injury happen watch below. If you're a Giants fan or own Beckham in fantasy football I suggest sitting down.

Beckham is already on his way to the hospital and will be getting surgery on the ankle.

Beckham's season is officially over.  A very sad day for the Giants and an amazing young player.