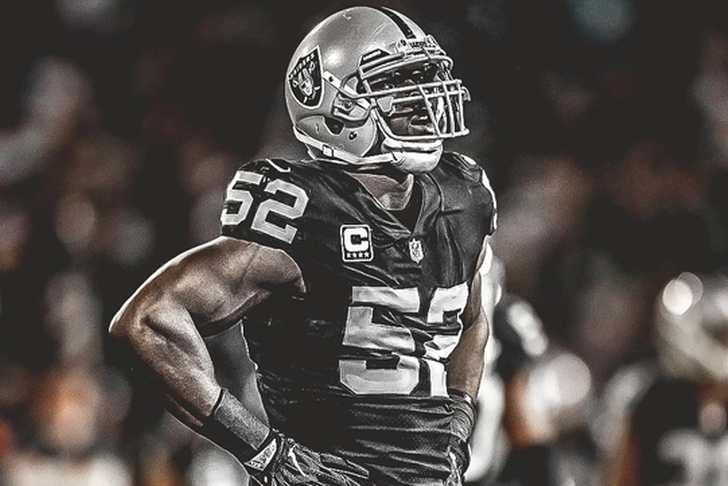 The NFL rumors are swirling right now with preseason Week 3 in the books. Perhaps the biggest offseason rumor is will Oakland Raiders DE Khalil Mack miss games for the Raiders or will he be traded? What is the latest injury update on Dallas Cowboys G Zack Martin and did he practice on Tuesday? Last Green Bay Packers head coach Mike McCarthy hyped up RB Jamaal Williams but what exactly did he say? Don't miss the latest NFL rumors below:

Khalil Mack to miss games?
Raiders star defensive end Khalil Mack continues to hold out and may miss a few games during the regular season. Now according to Yahoo Sports' Charles Robinson, Mack is "likely" to miss regular-season games.

Mack and the Raiders have made no progress since February. Robinson writes that Gruden may not be comfortable paying Mack like a top defender in the NFL. If the Raiders don't want to pay Mack, a trade may be the best case scenario for both sides.

Mack has 40.5 sacks in his first four years in the NFL, has never missed a game and was the 2016 Defensive Player of the Year. Multiple teams are interested in trading for the All-Pro defensive end.

Zack Martin returns to practice?
The Cowboys will be without Travis Fredrick who is dealing with a rare rare autoimmune disease called Guillain-Barré Syndrome. Without Fredrick, Martin becomes even more important the Cowboy's offensive line. Good news for Cowboys fans that Martin returned to practice on Tuesday according to ESPN.

Martin has stated that he will be ready for Week 1 and him participating in practice solidifies that.

"Williams is poised for a big year," said McCarthy."I think we'll be talking about him at the end of the season as a second-year player that's made the jump,"

With Aaron Jones suspended the first two games of the season, Williams has a chance to run away with the job. For people who play fantasy football, Williams may be a great round sleeper.

Do you play fantasy football? If so, check out Fantasy Football AF on YouTube!