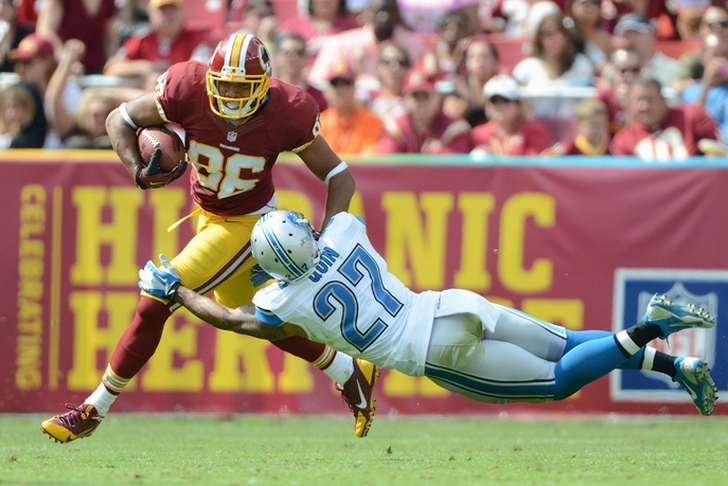 We're in the middle of the second week of the NFL preseason, and as such, teams are starting to make their final preparations for the start of the regular season. However, injuries and their impact are taking over headlines and causing teams to make some new signings. Here are the latest NFL rumors and news you need to know:

Jordan Reed Off PUP List
The Redskins got some very good news Sunday, as TE Jordan Reed was activated off the PUP list. The Redskins announce the move Sunday, with Reed saying his toe injury won't be a problem.

“I think the coaches are allowing me to rest it and allow it to heal," Reed said. “I don’t think it will be a problem during the season because it’s starting to heal up really good right now."

Reed was placed on the PUP list one day before training camp, but passed a physical Sunday. Now healthy, Reed had previously said he planned to play in Week 3 of the preseason. A key part of the offense, Reed has pulled down 153 receptions for 1,638 yards and 17 touchdowns in the last two years.

Seahawks Add New OT
After losing starting OT George Fant for the season, the Seattle Seahawks have added a new offensive tackle. But it's not someone like Branden Albert.

Thompson was a sixth round pick in 2016 by the Minnesota Vikings. He was cut by the Panthers a week ago after spending the last five regular season games on the team's practice squad. He also had stops with the Lions and Saints. He's never played in a regular season game and this signing is more of a camp body than a possible starting option.

Injury Updates
There are two notable injuries to mention. The first is one to Patriots LB Elandon Roberts. It's good news, as Roberts' injury he suffered in the Patriots' preseason game Saturday appears minor.

#Patriots LB Elandon Roberts, carted off vs #Texans, suffered an injury to his ribs. Source said X-Rays were negative. Banged & bruised tho

Bumps and bruises happen all the time in the NFL. He might not play in the preseason, but it sounds like Roberts should be good to play in the regular season.

The second is Shawn Williams, the Bengals safety. He has a dislocated elbow that will keep him out for at least a month.

#Bengals S Shawn Williams suffered a dislocated elbow, per @GeoffHobsonCin & is out 4-6 weeks per initial test. I'm told plan is no surgery

Avoiding surgery is a big plus for Williams, a starter. But missing four-to-six months means he won't be ready to start the season opener against the Ravens. 2015 sixth rounder Derron Smith is listed as his backup.