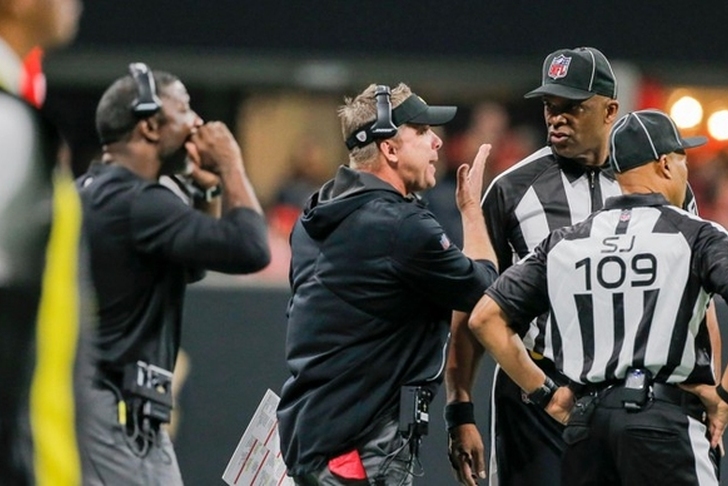 Week 14 of the NFL season kicked off last night with the Atlanta Falcons picking up a key 20-17 win over the New Orleans Saints in a game that had a little controversy. Of course, there are only four weeks left in the regular season, and many teams are already looking ahead to the offseason and moves that could be made. Here are all the latest news and rumors you need to know:

Payton received an unsportsmanlike conduct penalty for wondering out on the field to try and call a timeout with just a few seconds left, and his penalty ended the game.

"I called a timeout, and then he asked me again, and I said I have already called a timeout," Payton said after the game in which the Saints were penalized 11 times. "I probably said it with a little more vigor then I was supposed to but I had enough. I have to be smarter than that.

"It was just one of those games. I have never seen anything like it. I have never been a part of a game like that and it is frustrating but our guys will bounce back."

However, that late-game drama was not the only incident Payton was involved in. He also appeared to trip an official and directed a choke signal at Falcons running back Devonta Freeman.

Classy Sean Payton. What a scumbag. P.S. Thanks for the W pic.twitter.com/MdeHhQSqe8

New Orleans' next game is next Sunday at home against the New York Jets.

Jets want Josh McCown to return
The New York Jets have been better than expected this season with a 5-7 record, and while many still think they'll pick a quarterback early in the draft, offensive coordinator John Morton wants starter Josh McCown back.

"Sure. Why wouldn't I?" Morton said. "Look at the stats. But I don't make that decision. You can ask the head coach that and the people upstairs. He's been consistent. He's perfect for this offense."

McCown has thrown for 2,880 yards with 18 touchdowns and eight interceptions this season.

Adrian Peterson unlikely to play on Sunday
Arizona Cardinals running back Adrian Peterson is not expected to play this weekend with a neck injury, according to ESPN's Josina Anderson.

Peterson has rushed for 529 yards and two touchdowns on 156 carries this season, including 448 yards and both touchdowns in six games with the Cardinals.