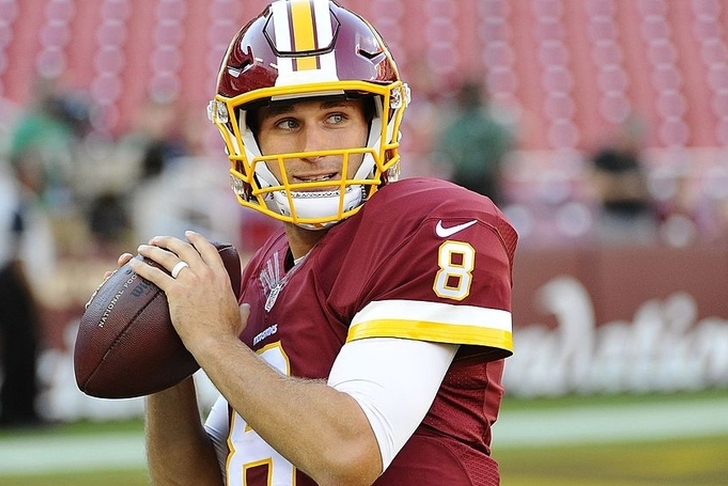 The NFL offseason is in full swing and there are a ton of news and rumors buzzing around the league with the new league year approaching, especially regarding the futures of several big-name veterans. Here are the latest news & rumors you need to know from around the NFL:

Jets "badly" want to sign Kirk Cousins
The New York Jets enter the offseason with a major question at the quarterback position, and instead of looking for their quarterback of the future in the draft, they are targeting Kirk Cousins in free agency, according to ESPN's Rich Cimini.

It's simple: Get Cousins. The Jets want him badly, and sources say they're willing to pay whatever it takes -- unless the Washington Redskins decide to tag him for a third time (unlikely). Money aside, the Jets hope to convince him he'll have a chance to win in New York. Because of obvious deficiencies on the current roster, they must sell him a championship vision. Their recruiting pitch also will stress his familiarity with the offensive system. In addition to making Cousins wildly rich, the Jets want to let him know he'll be comfortable with the scheme and coaches.

Cousins passed for 4,093 yards with 27 touchdowns and 13 interceptions this past season. It marked the third straight year in which he has passed for over 4,000 yards since becoming Washington's starting quarterback.

Terrelle Pryor may return to the Browns
The Washington Redskins were hoping that Terrelle Pryor would turn into Cousins' favorite target last season, but that experiment failed miserably. As such, they're also expected to let Pryor leave in free agency, and Mary Kay Cabot of Cleveland.com reports that Pryor and the Browns have mutual interest in a reunion.

I do believe the Browns will pursue Pryor, and I think he would want to come back to Cleveland. I don't think he ever he really wanted to leave in the first place, but before he could work something out with the the Browns, they had signed Kenny Britt to the four-year, $32.5 million deal they originally offered Pryor, and the opportunity dried up. Critics would argue that Pryor didn't fare well in Washington, but he was suffering from an ankle injury that required surgery in November.

Pryor caught 20 passes for 240 yards and one touchdown in nine games last season.

The Texans have told inside linebacker Brian Cushing that he no longer figures into their defensive plans and will be released at some point before the new league year begins March 14.

Cushing, 31, played nine seasons with the Texans and is the team's all-time leading tackler with 664. When he's released, the move will clear $7.64 million in salary cap space.

Cushing was suspended for the first 10 games of the 2017 season for violating the league's performance-enhancing drugs policy. He recorded 16 tackles with 1.5 sacks in five appearances.