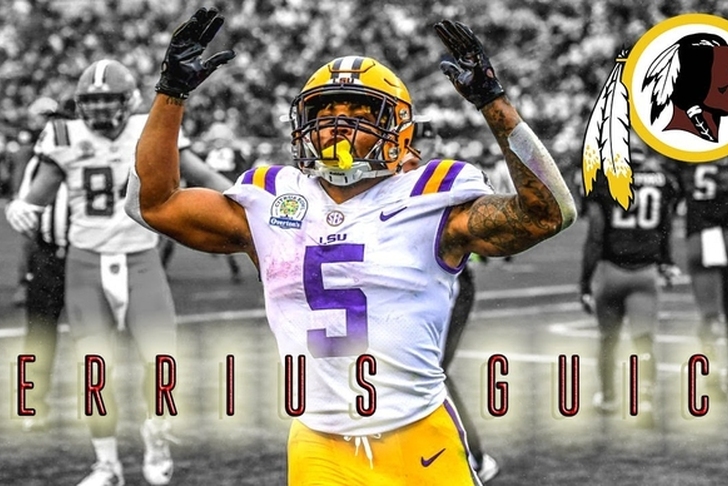 It's May and the NFL rumors are swirling around some young and talented players around the league. The New York Giants drafted running back Saquon Barkley second overall, which means New York has waived another young running back. The Washington Redskins selected LSU running back Derrius Guice with pick 59 in this year's draft and with high draft capital spent on him, will Guice be a three-down running back? Last, see what head coach of the Miami Dolphins Adam Gase had to say about wide receiver DeVante Parker. Here are today's top NFL rumors you don't want to miss:

Derrius Guice Will Be a Two-Down RB?
Guice falling in the draft was one of the biggest storylines from the 2018 NFL Draft. The fall wasn't due to talent as he was regarded as the second-best running back behind only Saquon Barkley. Today Redskins head coach Jay Gruden spoke about Guice's role on the team.

"Really, our role for him is quite easy to see," Gruden said. "It’s first, second down."

Gruden's comments shouldn't come as much of a surprise because he wasn't heavily used in the passing game in college and the Redskins already have a great pass-catching running back in Chris Thompson.

Giants Waive Paul Perkins?
The Giants decided today to waive running back Paul Perkins as he is recovering from a torn pectoral which he suffered in a workout away from the team. Perkins was selected at pick 149 in the 2016 NFL Draft out of UCLA and has been disappointing his first two years.

He has a career rushing average of 3.6 yards on 153 carries, but has been decent as a receiver hauling in 23 balls for 203 yards. The Giants went out and selected Saquon Barkley second overall in the 2018 NFL Draft which means the end was near for Perkins soon anyway.

DeVante Parker Getting Praise From Adam Gase?
Another year in the NFL which means more offseason hype around DeVante Parker. This time it's coming from head coach Adam Gase. According to Palm Beach Post, Gase seems very happy with the way Parker's offseason is going thus far.

“He’s done a great job so far this offseason,” Gase said. “He’s really been one of the guys that has tried to do things on his own. He doesn’t need someone to hold his hand and take him here and say eat like this and do this. He’s doing things on his own. And that comes with maturity, too. He was drafted young. And he’s been doing it now. This is his fourth season. Sometimes it takes a second to say OK I know how to do this. And I’ve been doing it. And I don’t need someone to tell me I need to do this. He is doing things on his own. And trying to find ways to get better on the field. I think he has more of a purpose when he comes out on the field.”

Parker was selected in the first round of the 2015 NFL Draft and has a chance to shine as the top wide receiver in Miami with Jarvis Landry taking his talents to Cleveland.