NFL Rumors: Jason Garrett Could Be Coaching For Job, 49ers Interested In Gronk Trade, And Vikings Interest In King 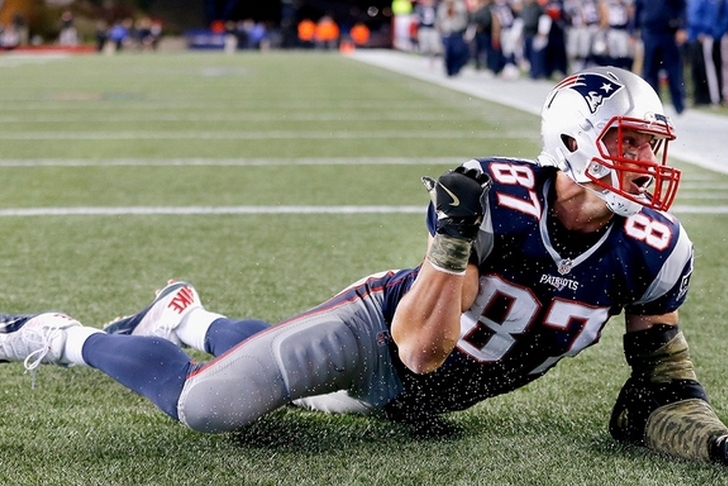 The NFL offseason is rolling right along with the bulk of free agency now over and teams preparing for the upcoming NFL Draft, but there are still plenty of current off-field happenings involving potential trades and new free agents. Here are the latest NFL news & rumors you need to know:

Jason Garrett could be coaching for his job in 2018
Dallas Cowboys head coach Jason Garrett received much of the blame for his team's failure to make the postseason last year, and he may be fired if the team fails the postseason again this year, according to Pro Football Talk's Mike Florio.

Jason Garrett became head coach of the Cowboys during the 2010 season. His ability to extend his tenure beyond 2018 could hinge on whether the team makes it to the playoffs in 2018.

Garrett’s ability to coexist with owner Jerry Jones, allowing Jones to have the spotlight while Garrett grinds away, has helped him survive for more than seven seasons despite making it to the playoffs only twice. That may not save Garrett if he fails to qualify for the postseason for the sixth time in eight seasons.

49ers interested in trade for Rob Gronkowski
The New England Patriots are reportedly open to the possibility of dealing All-Pro tight end Rob Gronkowski after he contemplated retirement this offseason, and if they do, the San Francisco 49ers are the team he'd be the most likely to be dealt to, according to Greg A. Bedard of Boston Sports Journal.

In terms of the most likely team to deal for Gronkowski, everyone agreed the 49ers would be the ideal trade partner. “Put him back with (Jimmy) Garoppolo, they have nothing at tight end, they have the cap space ($46 million) and maybe (John) Lynch will overpay to make up for the deal Belichick gave him on Jimmy,” one AFC general manager said. “And you don’t have to worry about Gronk in your conference.”

Vikings interested in Marquette King
The Oakland Raiders surprisingly announced on Friday that they cut punter Marquette King, but the Minnesota Vikings contacted him just minutes after his release to express their interest in signing him, according to Chris Tomasson of the St. Paul Pioneer Press.

Source said the #Vikings have inquired about punter Marquette King, released today by Oakland. Vikings punter Ryan Quigley is under contract in 2018 for a nonguaranteed $790,000.

King signed a five-year, $16.5 million contract extension with a club a year ago, but releasing him saved the Raiders $2.9 million against the cap.

He has spent his entire six-year career with the Raiders, appearing in 80 games while averaging 46.8 yards per punt. He also pinned 156 of his 426 career punts inside the 20.