NFL Rumors: Jackson May Leave Browns For Bengals, Odds For Where Manning Will Play Next Year, & More 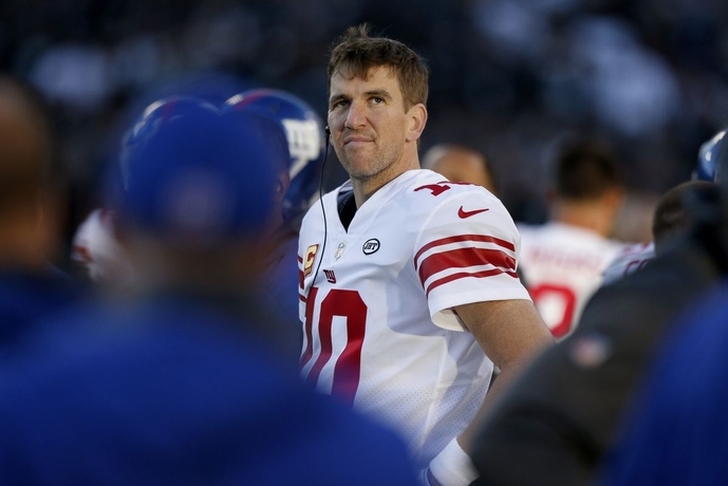 Week 14 of the NFL season kicks off tonight with the Atlanta Falcons hosting the New Orleans Saints in a game that will have major postseason implications in the NFC. Of course, there are only four weeks left in the regular season, and many teams are already looking ahead to the offseason and moves that could be made - specifically regarding the future of Eli Manning. Here are all the latest news and rumors you need to know:

Odds for what team Eli Manning will play for next year
When the New York Giants benched quarterback Eli Manning last week, it appeared that his time with the team was over. He will regain his starting position this week after the firing of head coach Ben McAdoo, but with New York entertaining the idea of drafting a quarterback early in the first round, they may move on from Manning.

As such, MyTopSportsBook.com released odds on where Manning will be playing next season:

Manning, who has spent his entire 14-year career with the Giants, has passed for 2,411 yards with 14 touchdowns and seven interceptions so far this season.

Browns plan to keep head coach Hue Jackson
The Cleveland Browns fired lead personnel man Sashi Brown on Thursday, but the head coach isn't going with him. Owner Jimmy Haslam said the team plans to retain Hue Jackson despite his 1-27 record with the team, saying they are focused on improving their personnel department first.

"Hue Jackson will remain our coach and will return for the 2018 season but we feel it is necessary to take significant steps to strengthen our personnel department." — Jimmy Haslam pic.twitter.com/9lOMlhbSCW

Jackson will now be the first Browns coach to last more than two seasons at the helm since Romeo Crennel, who was there from 2005-2008.

Jackson to leave Browns for Bengals?
However, there's a chance that Jackson does not want to return to Cleveland and could leave for another job. The Cincinnati Bengals - where Jackson spent four seasons as an assistant coach - are expected to fire head coach Marvin Lewis at the end of the season and there's a chance they'll target Jackson to replace him, according to NFL Network's Mike Silver.

.@MikeSilver on NFL Network earlier this hour on #Browns Hue Jackson: "You guys might think I'm crazy, but Hue Jackson could end up coaching elsewhere next year"...when another analyst suggests #Bengals, "they're very comfortable with him"

Prior to his stint with Cleveland, Jackson was 8-8 in one season with the Oakland Raiders before being fired and joining Cincinnati's coaching staff.