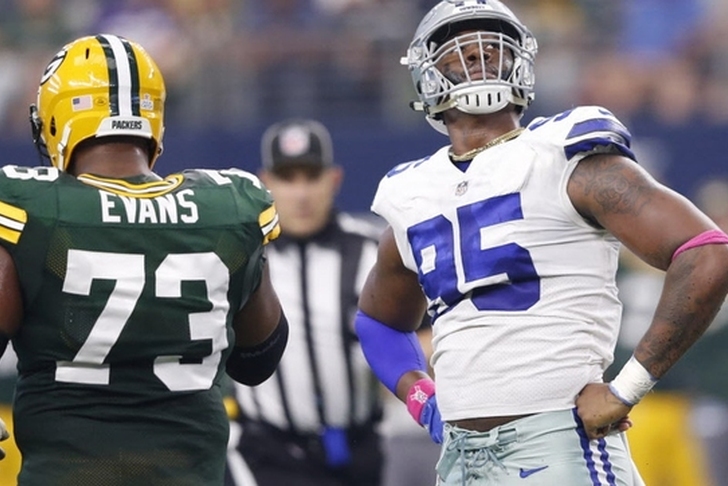 Week 7 of the NFL season kicked off on Thursday with the Oakland Raiders picking up a dramatic 31-30 last-second win over the Kansas City Chiefs, setting the stage for a thrilling weekend. We have the latest on a key injury and some players that were suspended for tomorrow's games, as well as an update on national anthem protests. Here are all the latest news & rumors you need to know:

David Irving to test Dallas Cowboys national anthem policy
Dallas Cowboys owner Jerry Jones announced a team policy during their bye week that any Cowboys player who "disrespected the flag" and kneeled during the national anthem would be benched, no questions asked. However, it seems like defensive end David Irving may be ready to test that policy.

Irving told the Fort Worth Star-Telegram that he still plans to do something during the anthem on Sunday.

"I have made a call," Irving said. "You'll just have to wait till Sunday.

"I've had way more support. I'm not disrespecting the flag. I really haven't gotten anything negative. It's all positive."

Irving, who has friends and family members in the armed services, said he hopes he doesn't get benched because "it’s not disrespecting the flag." In Dallas' last game in Week 5, Irving raised his fist following the playing of the anthem to protest against police brutality and racial injustice.

Irving played his first game of the season in that Week 5 game against the Green Bay Packers and racked up five tackles with two sacks.

Browns may cut Kenny Britt
The Cleveland Browns have sent both wide receivers Kenny Britt and Corey Coleman home prior to tomorrow's road game against the Houston Texans for missing curfew, according to multiple reports. However, things get worse for Britt as he is now in serious jeopardy of being cut, according to cleveland.com.

Receiver Kenny Britt was already in the Browns' doghouse last week when was sent home from Houston along with Corey Coleman for missing curfew, and now he's in jeopardy of being cut if he doesn't shape up, a source close to the receiver told cleveland.com.

He sent the two wideouts home before the game Sunday morning and fined them for conduct detrimental to the team.

Britt signed a four-year, $32.5 million deal with Cleveland this offseason but has struggled this year, catching just eight passes for 121 yards and a touchdown.

Norman suffered a rib injury earlier this month and was expected to miss four weeks, but returned to practice this week. He has 14 tackles with two forced fumbles and four pass breakups this season.