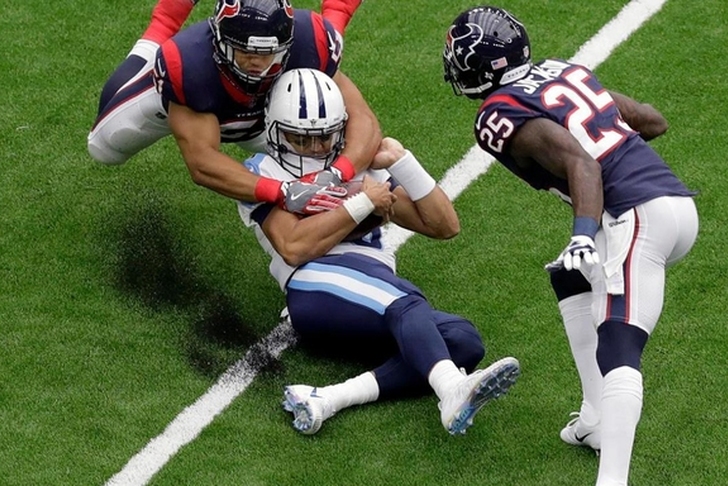 Week 4 of the NFL was filled with injuries, some more serious than others. The three injuries below are Tennessee Titans quarterback Marcus Mariota, Atlanta Falcons wide receiver Julio Jones, and New York Giants wide receiver Odell Beckham Jr. With such big-name players, Chat Sports will keep you up to date on the latest injury rumors as soon as the news breaks. If you have any more questions related to these players and how they impact your fantasy football teams, tweet @MitchellRenz365 and I'll answer your questions.

#Titans QB Marcus Mariota is on the sidelines and listed as questionable with a hamstring injury. Matt Cassel finished the last drive

Mariota had to leave their blowout loss to the Houston Texans this past Sunday. Mariota left with a hamstring injury in the third quarter and since the Titans were losing by so many points it isn't a surprise that he didn't return to the game. Mariota will undergo an MRI on Monday.

Jones was forced to leave in the second quarter of the Falcons games against the Buffalo Bills with a hip flexor injury. Jones apparently wanted to return but the Falcons wanted to play it safe with their star wide receiver considering they have a bye week in Week 5. Jones should be ready to roll Week 6 against the Miami Dolphins.

Beckham appeared to injure his ankle after making a reception in the fourth quarter. Beckham was helped off the field but shortly returned to the field. He also suffered a dislocated finger but when asked about it he said: " Yeah just popped out, it's not the first time." Beckham and the Giants don't expect either of these injuries to impact his availability moving forward. The Giants will match up against the winless Los Angeles Chargers also looking for their first win.