NFL Rumors & Injury Roundup: Everything You Need To Know Headed Into Week 4 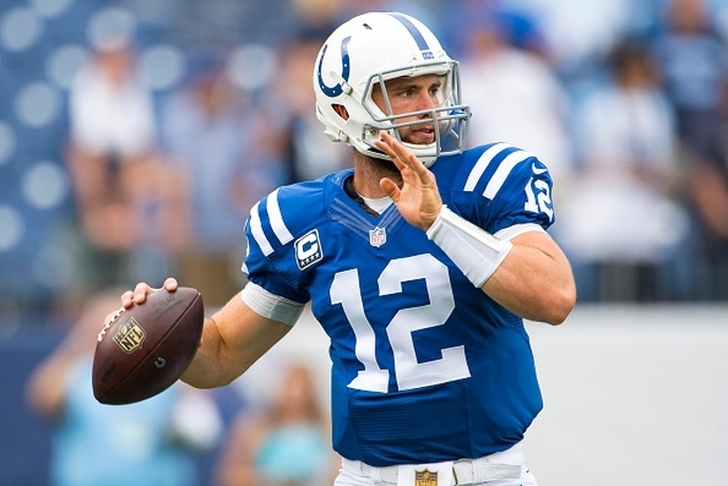 The Baltimore Ravens got Week 4 started with a Thursday night victory over the Pittsburgh Steelers, and the New York Jets are up 27-7 over the Miami Dolphins in the third quarter of their matchup in London. As we prepare for the rest of Sunday's slate of games, here are the latest news and rumors around the league:

- Indianapolis Colts QB Andrew Luck is out for today's game against the Jaguars with a shoulder injury. Matt Hasselbeck will start in his place.

- Houston Texans RB Arian Foster is active, but will have a limited role in the offense, ProFootballTalk reports.

- Chicago Bears QB Jay Cutler is active and will start, according to ProFootballTalk.

- Baltimore Ravens WR Steve Smith has several microfractures in his back and will miss next weekend's game against the Browns.

- The Pittsburgh Steelers cut K Josh Scobee and have signed Chris Bowell to replace him.

Stay tuned to Chat Sports for more updates throughout the day.