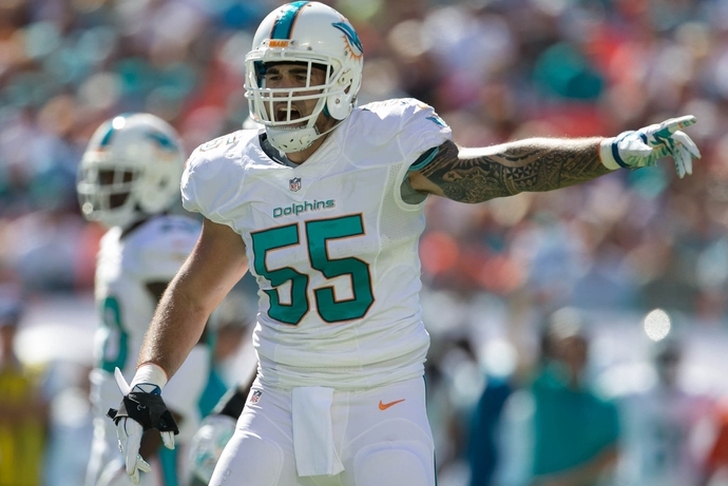 The NFL offseason is over, as training camps are now underway for multiple NFL teams. That means the rumor mill will start to heat up again and there's also the matter of players getting hefty contract extensions. Here are all the latest NFL rumors you need to know.

The #Vikings deal for Everson Griffen is a 4-year extension worth a whopping $58M, source said. $34M in guarantees. $14.5M new money avg.

Griffen was entering the fourth year of a five-year, $42.5 million contract. The 29-year-old had 10.5 sacks last season and the Vikings elected to lock him up. The guaranteed money is the fourth most among pass rushers, behind only Von Miller, Olivier Vernon and Muhammad Wilkerson. The average money is top ten.

Also, keep an eye on CB Xavier Rhodes, he's in line for a big contract extension.

Koa Misi Retirement
There are conflicting reports about whether Miami Dolphins LB Koa Misi is going to retire now that his 2017 season is over. It started with a report from Andy Slater.

But Misi's agent says he hasn't elected to retire, despite being placed on IR due to a neck injury. But Slater is sticking by his report.

Now it's a wait-and-see to find out if Slater was right and if Misi will call it a career. The former second round pick by the Dolphins has battled injuries throughout his career. He's in the final year of his deal.

Duane Brown Holdout
Houston Texans OT Duane Brown is the first holdout of the 2017 season, as he wants a new contract. Brown has two years left on his deal and is set to make over $9.5 million per year. However, both years aren't guaranteed and Brown just watched lesser players like Matt Kalil get $11 million per year.

This holdout could drag on for quite a bit, as Texans GM Rick Smith says there's not a dispute (from the Texans point of view).

"I have talked to Duane," Smith told the Houston Chronicle. "There is no contract dispute. Duane is under contract for two more years. That's our position. We're here to get our team ready for the season. He should be a part of it. Duane and I have a really good relationship. He's our longest-tenured player. He's an important member of our team, and he ought to be here. He needs to be here."

In the interim, the Texans have placed Brown on the reserve/did not report list. Brown is 31-years-old, but the Texans are a thin at OT. RT Derek Newton tore both of his patellar tendons and he won't play this year. Chris Clark, who replaced Newton, was a downgrade. Then there's raw fourth round rookie Julie'n Davenport and Jets cast-off Breno Giacomini.

Browns Starting QB
The Browns starting QB battle has only just begun, but head coach Hue Jackson has decided which of his QBs will open training camp with the rest of the starters. It will be Cody Kessler.

"Cody will walk out there first, and we'll give him an opportunity there,'' Hue Jackson said. "Obviously, Brock [Osweiler] and DeShone [Kizer] and Kevin [Hogan], all those guys will get reps. This is a competition. Somebody has to walk out there first. We've made a decision it will be Cody.''

Kessler started eight games as a rookie last year, failing to win any of his starts. The 2016 third round pick battled some injuries and completed 65.6 percent of his passes for 1,380 yards, 6 TDs and 2 INTs. Osweiler was acquired during a rare salary dump by the Texans, Kizer was a second round pick and Hogan is a second-year player the Browns added after he was cut last year.