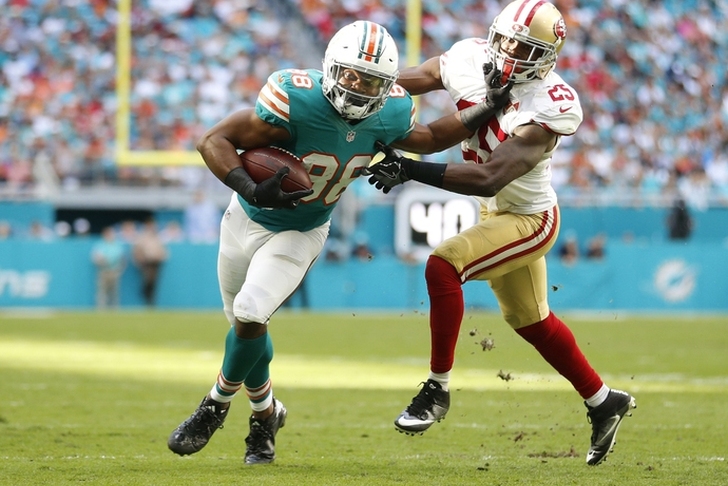 Dolphins Could Cut Leonte Carroo?
Last year, the Miami Dolphins traded up in the NFL Draft to select WR Leonte Carroo from Rutgers. After struggling in his rookie year, now Barry Jackson of the Miami Herald reports there's no guarantee Carroo makes the roster. Jackson reports there are several threats to beat out Carroo, who has disappointed. Carroo caught just three passes for 29 yards, although one was a touchdown. Among the WRs Jackson mentions in the same piece are UDFA Drew Morgan from Arkansas, Jakeem Grant and second-year player Rashawn Scott.

"A lot was made out of it that was unfair to be made out of it,” Rivera told the Charlotte Observer. “Especially in a voluntary situation. But he’s worked very hard. He’s focused in on what he needs to do and he’s done that. Now we as coaches need to stay on him to make sure he’s doing the right things."

Benjamin had a disappointing year in 2016. After sitting out 2015 with an injury, Benjamin caught 63 passes for 941 yards and 7 TDs. All of those numbers are lower than his rookie year. All that said, he clearly doesn't look in-shape.

"He’s throwing the ball well," Zimmer told ESPN. He’s got good velocity, accurate. He’s working his rear end off. It just makes you proud for him. He’s still got a long ways to go. But he’s progressing as well as anybody could expect, I would think."

Bridgewater dislocated his knee and tore multiple ligaments in his left leg. The Vikings have not offered a timetable for Bridgewater's return and given the severity, he might not be able to play this year.