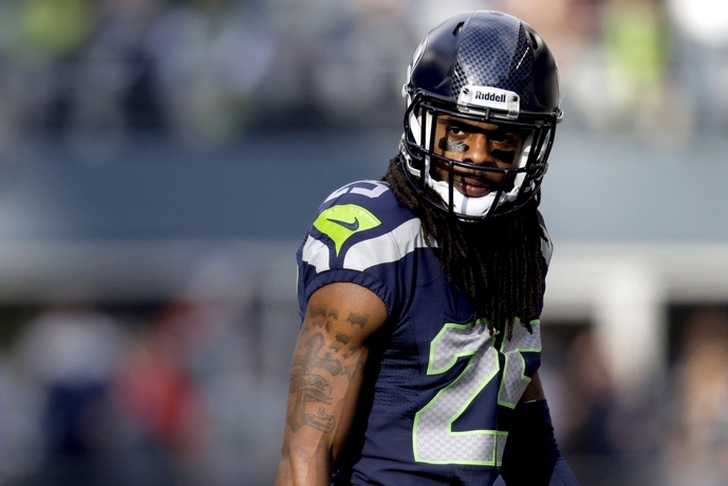 The start of the 2017 NFL Draft is less than three weeks away, and with the free agency buzz quiet, teams around the league have turned most of their attention towards it. However, there are trade rumors still floating around Richard Sherman and an arrest of an NFL player. Here are all the latest NFL rumors and news you need to know from around the league.

"He’s had a rough go at it," Oubre said. "But the last thing Dr. [James] Andrews told me is the good thing is they were able to deal with Chad when everything was fresh, and based on what he dealt with with the surgery and his hand specialist that works with him, he anticipates a full recovery."

Kelly won't be able to throw for the next three months, meaning he won't be back on a field until July. Kelly suffered the injury before his Pro Day, before aggravating it at the Pro Day. The Pro Day was the first time NFL teams were able to see Kelly throw in months, as he suffered a torn ACL during his final year at Ole Miss. Between those two injuries and the off-the-field worries, Kelly is a likely Day 3 pick at best.

Richard Sherman Asking Price
The Seahawks have been shopping star CB Richard Sherman, but don't expect a trade to get done. Pelissero reports the Seahawks are looking for a first and a third round pick for Sherman. That's similar value to what Seattle gave up for Percy Harvin and what the Bucs sent to land CB Darrelle Revis a few years ago. Pelissero reports the asking price won't drop, because Sherman is happy to stay in Seattle. With no real motive to move Sherman unless an amazing offer comes through, it sounds like Sherman will stay in Seattle for the coming season.

Junior Gallette Arrest
The problems for Redskins linebacker Junior Galette continue. The New Orleans Advocate reports that Galette was arrested over the weekend following a fight in Biloxi, Mississippi. Police accuse Galette of punching someone and then running away, resulting in Galette being hit with a stun gun by an officer. Galette avoided battery or assault charges because the victim would not cooperate with police. Instead, Galette is facing misdemeanor charges of disorderly conduct and failure to comply with police. Galette has missed the last two seasons with the Redskins with two torn Achilles. Two years ago, he was accused, but never charged, with domestic abuse.