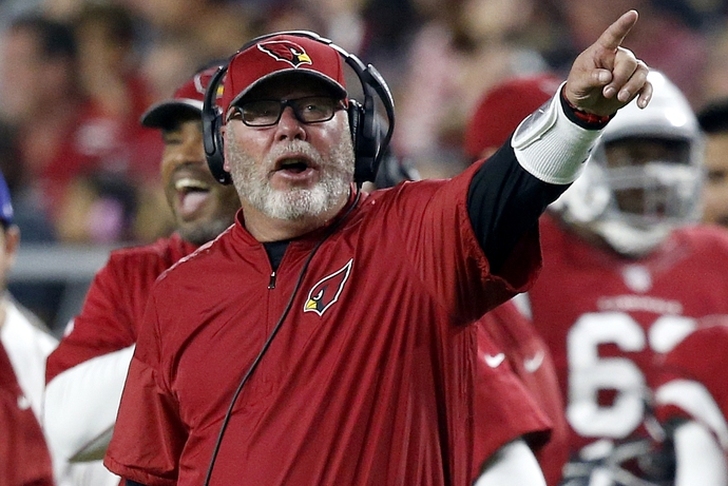 The final week of the NFL regular season is here, and with the offseason approaching for several teams, there are plenty of rumors swirling about the futures of a number of head coaches and quarterbacks. Here are all the latest news and rumors you need to know:

Cardinals to part ways with Bruce Arians
The Arizona Cardinals and head coach Bruce Arians will mutually agree to part ways after their season finale on Sunday due to health concerns, according to Hub Arkush of Pro Football Weekly.

Bruce Arians, a two-time NFL Coach of the Year who is just less than two seasons removed from taking the Arizona Cardinals to the NFC title game, will agree to part ways with the Cardinals next week, multiple sources tell Pro Football Weekly.

Our sources are saying it will be an amicable split and that Arians is not being fired, but that Cardinals owner Michael Bidwill and general manager Steve Keim support Arians' decision and aren't overly upset they will be able to start fresh with a new coach as they reshape their roster.

Arians has spent the last five seasons as Arizona's head coach, posting a 48-30-1 record. However, the Cardinals have not finished over .500 for the past two seasons.

Eli Manning wants to return to Giants
When the New York Giants benched quarterback Eli Manning earlier this season, it appeared that his time with the team was over. He regained his starting position after the firing of head coach Ben McAdoo, but with New York entertaining the idea of drafting a quarterback early in the first round, they may move on from Manning.

However, Manning is hoping they don't, telling WFAN that he wants to return to the team next season.

“It may be hard to realize or say it but I don’t think the Giants are far off,” Manning said. “We won 11 games the year before, played a lot of teams tough this year with injuries and losing guys. It was one of those years we lost a lot of tight games or games getting down to the fourth quarter and we just couldn’t quite compete just because we lost too many guys or just lost some heartbreakers … I don’t think it’s far off once you get some guys back.”

Manning, who has spent his entire 14-year career with the Giants, has passed for 3,336 yards with 18 touchdowns and 12 interceptions so far this season.

MRI revealed that Titans’ RB DeMarco Murray has a 3rd degree MCL tear, per source. Murray believes he can play through it Sunday.

If Tennessee wins on Sunday, they will clinch a playoff spot. Murray has rushed for 659 yards and six touchdowns on 184 carries this season.