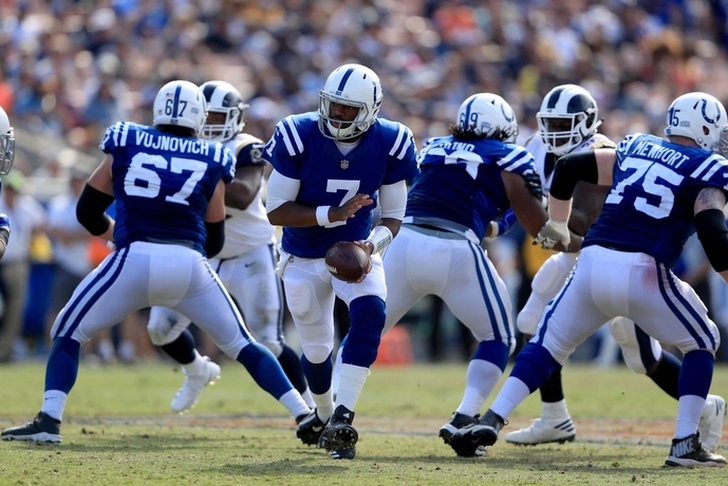 Week 2 of the NFL season kicked off last night with Deshaun Watson leading the Houston Texans to a 13-9 win over the Cincinnati Bengals. As the weekend approaches, several teams are facing plenty of questions as they try to avoid going 0-2. One of them, the Indianapolis Colts, have already made a change at quarterback. Here are all the latest NFL news & rumors you need to know:

Jacoby Brissett to start for Colts
After coming on to replace Scott Tolzien in Indianapolis' 46-9 loss to the Los Angeles Rams in the opener, Jacoby Brissett will start for the Colts on Sunday against the Arizona Cardinals.

Sources: The #Colts are planning on starting QB Jacoby Brissett on Sunday vs. #AZCardinals. Former starter Scott Tolzien goes to the bench.

The Colts acquired Brissett from the New England Patriots in a trade just two weeks ago, but with Andrew Luck still out with a shoulder injury, he is being forced into action.

Brissett started two games for the Patriots last year during Tom Brady's suspension, passing for 400 yards while rushing for 83 yards and a touchdown.

Tom Brady not retiring after season
Speaking of Tom Brady, the 40-year-old does not plan on walking away from the game anytime soon. In an interview with Norah O'Donnell of CBS, Brady said he will not retire following the season.

Is there any chance that this is your last year? #TomBrady: "No. No."@CBSThisMorning @Patriots @CBSSunday pic.twitter.com/41xkxKkrmr

Brady passed for 267 yards with no touchdowns in New England's season-opening loss to the Kansas City Chiefs.

“I was one day away from coming back and signing with the Dallas Cowboys,” Ware said. “But my body just told me it’s time. It’s time to stop playing. Still have the drive to get out there and the want to play, but you’ve got to think about family, think about what’s important and I just decided it’s time to hang up the cleats and put on a suit.”

Ware is the Cowboys’ all-time leader in sacks with 117. He played in 10 games for the Broncos last season, recording 15 tackles and four sacks.