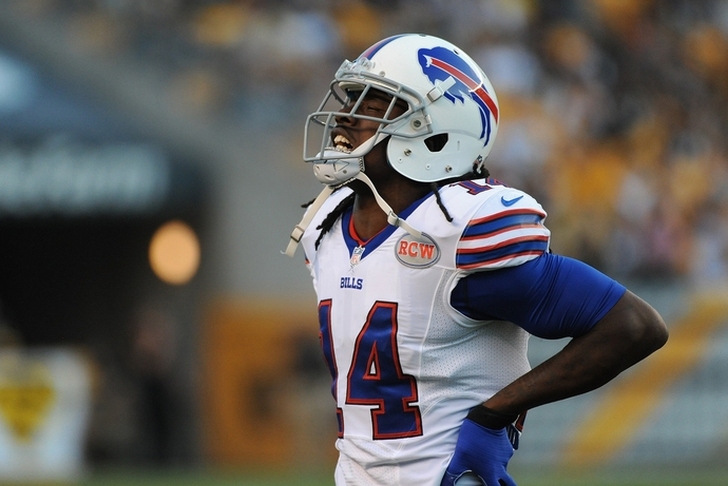 The start of the 2017 NFL Draft is less than two weeks away, and teams around the league have turned most of the attention towards it, scheduling last-minute visits with prospects. But, there are some non-draft rumors floating around the NFL. After all, the fifth-year option deadline is rapidly approaching. Here are all the latest 2017 NFL Rumors and news you need to know from around the league.

Bills Might Not Pick Up Sammy Watkins' Option
The NFL deadline for picking up the fifth-year option on rookie deals is May 2nd and many would assume the Bills would pick up that option. However, Sal Capaccio of WGR500 in Buffalo reports that might not actually be the case. He reports the Bills have yet to make a decision on Watkins, because of concerns about injuries. If the Bills picked up the $13 million 2018 option, it would be fully guaranteed for injuries. Watkins has a history of injuries, with 11 missed games in the past two years. Capaccio thinks the Bills will pick up the option in the end, but it's not the slam-dunk move many expect. The franchise tag will be roughly $2 million more than Watkins' option.

Martavis Bryant Meets About Reinstatement
The Steelers WR missed all of this season because of an NFL suspension, but has now met with NFL officials about being reinstated. The Sporting News reports Bryant met with the NFL Management Council, where he was told to build a plan of safeguards to ensure he stays clean. Bryant was suspended after multiple failed drug tests. When on the field, he's been a dynamic weapon for the Steelers, especially when stretching the field. If Bryant follows the NFL guidelines, he should be reinstated.

Gareon Conley In The Top 10
The NFL Drat buzz around OSU CB Gareon Conley is higher than ever. CBS' Jason La Canfora reports Conley's Sweet Spot is in the No. 9 to No. 18 range (Bengals to Titans) and that he could be the No. 2 corner off the board. But going even further than that is Tony Pauline of DraftAnaylst.com, who thinks Conley could be the first corner off the board.

"I'll go on record and say I wouldn’t be surprised if Conley is the first cornerback selected in the draft, a product of his surge up draft boards and teammate Marcus Lattimore being overrated," Pauline writes.

I've got Conley as the No. 2 CB on my big board, but had him falling to the No. 24 overall pick as a deep corner class could push several down. Conley will be a first round pick, even if I don't get La Canfora's match of the Bengals at all.