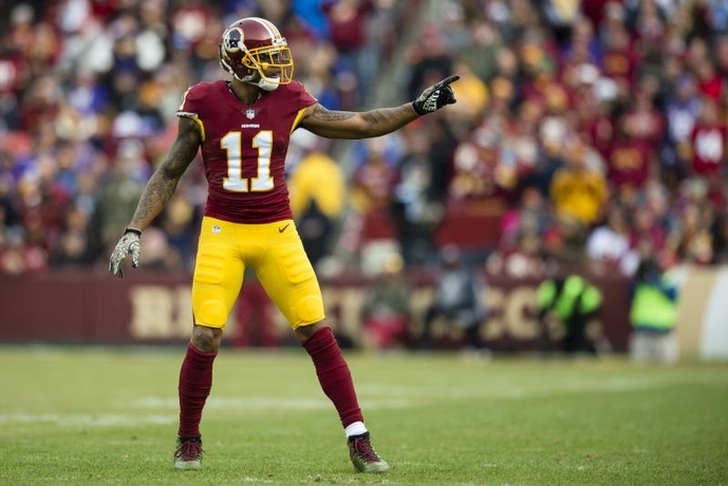 The NFL rumors continue to swirl after an insane week around NFL free agency. Most of the big name free agents have singed, but there are still notable players still available that are starting to create headlines. After the Colts and Jets agreed to a huge trade on Saturday, this has sparked the question if another team will make a huge jump up the draft board. Here are the latest NFL rumors that you need to know:

"I haven’t spent enough time to have an opinion about any of them yet, honestly," Beane said. "I am not there yet, knowing if we can or will move up again. We’re just keeping an open mind."

Beane put himself in position to move up by acquiring the 12th pick in the Cordy Glenn trade, and the Bills have a total of nine draft picks including six of the first 96 picks in the 2018 NFL Draft. Considering Buffalo's current quarterback situation of Nathan Peterman and A.J. McCarron, it wouldn't be a surprise if they tried to trade up to grab one of the top quarterbacks.

WR Terrelle Pryor Visiting Jets:
The New York Jets have been busy this offseason and may not be done adding offensive weapons. According to NFL Network's Ian Rapoport, wide receiver Terrelle Pryor is slated to visit the Jets.

The Jets need to add talent on the offensive side of the ball with question marks surrounding their top offensive weapon in 2017 wide receiver Robby Anderson dealing with off-field issues.

With most of the top wide receivers gone, Pryor is perhaps the best one left. He struggled through injuries last year, but he's only one year removed from a great year with the Cleveland Browns. Pryor might not demand a massive contract, but is still drawing interest.

It's a large amount of money for a player who has only 58 receptions for 698 yards the last two seasons. The 24-year-old has dealt with a plethora of injuries, however, when healthy he has flashed upside especially in the red zone. Jacksonville is obviously betting on Moncrief's upside and ability to stay healthy in 2018.