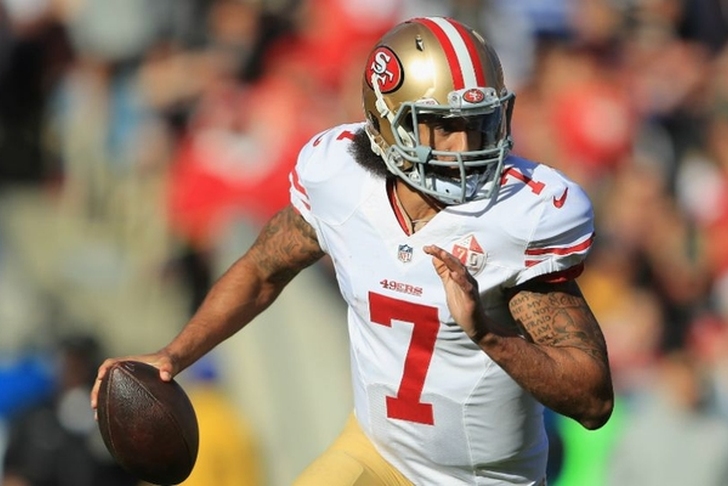 Week 10 of the NFL regular season kicks off tonight with the Arizona Cardinals hosting the Seattle Seahawks on Thursday Night Football, setting the stage for a thrilling weekend. There have already been a number of surprising releases this week with the Green Bay Packers parting ways with Martellus Bennett and the Indianapolis Colts cutting Vontae Davis.

As this week's games get underway, we have the latest on several quarterback situations around the league - including a team that nearly signed Colin Kaepernick. Here are all the latest news & rumors you need to know:

Bengals nearly signed Colin Kaepernick
The Cincinnati Bengals nearly traded backup quarterback A.J. McCarron to the Cleveland Browns, but he remained with the team when the Browns failed to finalize the trade right before the deadline. McCarron is regarded as one of the best backups in the league, yet Cincinnati had a plan to sign Colin Kaepernick to replace him if the McCarron deal went through, according to Bleacher Report's Chris Simms.

Kaepernick was also nearly signed the Baltimore Ravens before the season started. He passed for 2,241 yards with 16 touchdowns and four interceptions while rushing for 468 yards and two more touchdowns in 12 games last season for the San Francisco 49ers.

T.J. Yates may start for Texans on Sunday
Houston Texans quarterback Tom Savage started Sunday's loss to the Indianapolis Colts in place of the injured Deshaun Watson but was not effective, completing just 43.2 percent of his passes for 219 yards and a touchdown. As such, backup T.J. Yates - who they signed following Watson's injury - has been taking some reps with the first team, according to Aaron Wilson of the Houston Chronicle, meaning he could start.

Yates last played in the NFL for the Texans in 2015, where he threw for 370 yards with three touchdowns and one interception in four appearances.

Delvin Breaux out for season
The New Orleans Saints announced that cornerback Delvin Breaux will remain on injured reserve and will not play this weekend.

Breaux suffered a fractured fibula in August and recently suffered a setback, ending his chances of returning this season. He emerged as New Orleans' top cornerback in 2015, recording 45 tackles, three interceptions, and 19 pass breakups. However, he was limited to six games last year due to injury.