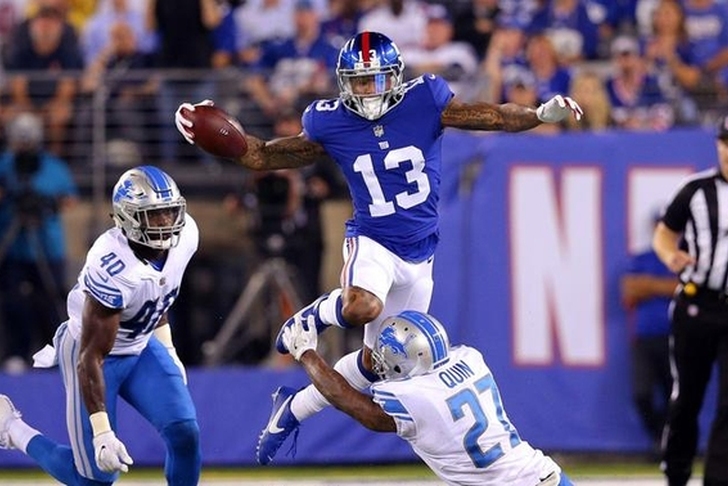 The NFL offseason rolls with many voluntary OTAs opening this week, marking the first time many players have returned to the field since last season ended. As such, there are plenty of rumors to sort through from around the league. Here's the latest you need to know:

I'm told #Giants WR Odell Beckham Jr. (ankle) will attend voluntary OTA's, per source. The #Giants begin Phase 3 of the offseason conditioning program Monday, May 21st. Beckham will show, even as the star receiver & the team have yet to come to terms on a contract extension.

Josh Rosen impresses Cardinals
Arizona Cardinals rookie quarterback Josh Rosen got a majority of first-team reps on the team's first day of voluntary OTAs due to Sam Bradford having the day off and Mike Glennon battling the stomach bug, and new head coach Steve Wilks said the team was impressed with what they saw from the No. 10 overall pick.

"Josh looked great today," Wilks said. "Some of his timing and his throws with the quarterback and tight ends I thought were right on point."

"He was good," Pugh said. "I was surprised at how well he did with the limited amount of time that he's spent here so far. The first thing I told him was, 'Take command of the huddle. This is your huddle.' He did a good job. I was impressed with what he did today."

Rosen passed for 3,756 yards with 26 touchdowns and 10 interceptions in 11 games for UCLA last season.

Cardinals acquire CB Jamar Taylor in trade with Browns
The Cardinals also made a move off the field on Friday, acquiring cornerback Jamar Taylor from the Cleveland Browns for a 2020 sixth-round pick, according to NFL Network's Ian Rapoport.

The #AZCardinals are finalizing a trade for #Browns starting CB Jamar Taylor, sources say. Corner is a big need for Arizona and Taylor fills it. Cleveland had shopped him during the draft and the two sides kept talking. The trade is expected to happen after 4 pm.

The #AZCardinals waited until the 6th round to take a CB in the draft. Trading for Jamar Taylor makes that moot. … They had hosted FA CB Bashaud Breeland yesterday, but now Breeland’s likely landing spot when his foot fully heals is the #Colts, who also visited with him.

Taylor, who has started 29 games for the Browns over the last two seasons, had 62 tackles with one forced fumble and 10 pass deflections last season.