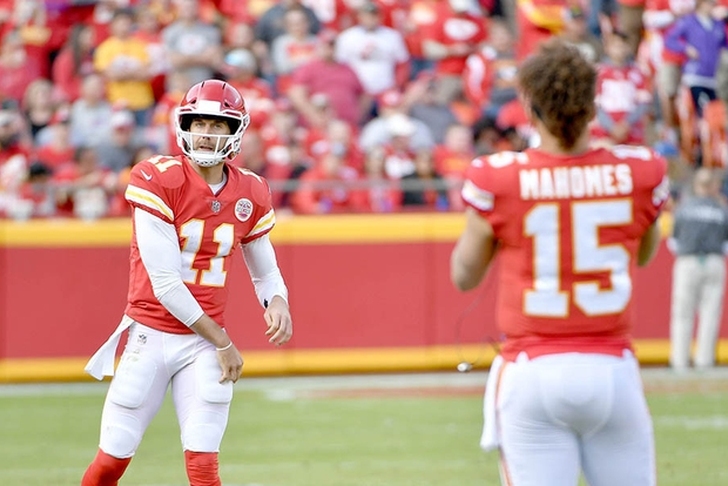 The Kansas City Chiefs lost an 18 point lead against the Tennessee Titans on Saturday in the first round of the NFL playoffs. After the loss, the Chiefs announced they would be willing to trade quarterback Alex Smith following the best season of his career. Smith passed for a career-high 4,042 yards, 26 touchdowns, and five interceptions this season. When the Chiefs drafted quarterback Patrick Mahomes with the 10th overall pick in the 2017 NFL Draft, Smith's future in Kansas City turned cloudy. The question remains the same, will the Chiefs trade Smith?

NFL Network's Ian Rapoport reports the Chiefs are open to trading  Smith in the offseason. The Chiefs will not seek out possible trade partners, but rather only listen. Smith is set to make $17 million next season and will likely be dealt for the second time in his career.

Mahomes looks to be taking over as the new starting quarterback for the Chiefs and in his first career start in Week 17, he passed for 284 yards with an interception, completing 62.9% of his passes.

Smith is 33 years old and arguably the best quarterback on the open market if Kirk Cousins decides to stay with the Washington Redskins. There are plenty of teams that are interested in Smith's services including the Arizona Cardinals, Buffalo Bills,  Cleveland Browns, Denver Broncos, Jacksonville Jaguars, and New York Jets.

Smith leaving the Chiefs seems like a matter not if, but when.