The NFL Rumors And News On Johnny Manziel, Broncos Asking About Tyrod Taylor And More 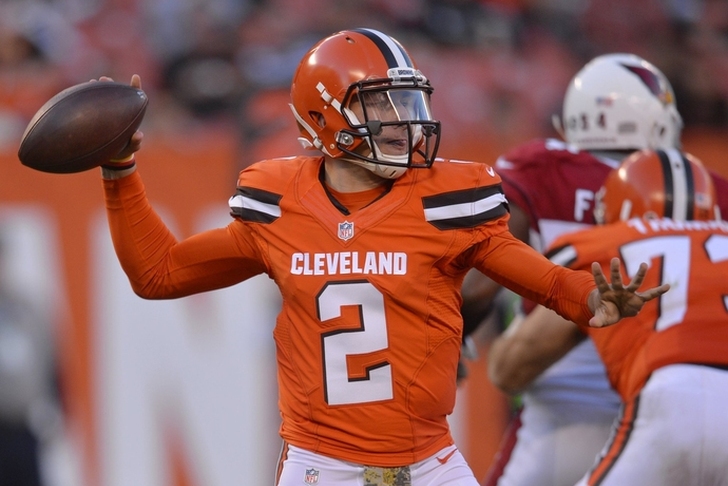 Broncos Reached Out To Bills About Tyrod Taylor
The Broncos are still searching for QB help, especially with the Colin Kaepernick trade on hold. One of the players John Elway has reached out about is Bills QB Tyrod Taylor.

If you think Elway hasn't inquired about Tyrod Taylor already, you'd be wrong.

The Broncos offered Taylor more money last year, but he took a chance to start with the Bills instead. Allbright doesn't report what the Bills response was, but they likely turned Elway down. Taylor showed promise starting last season, and could get a big pay day after this season with another solid season.

Kubiak Spoke With Johnny Manziel About Fit With Team
The Broncos have also spoken with QB Johnny Manziel about his fit with the team down the line, reports Adam Schefter. Before the Broncos make any moves, the team wants to see how his legal situation plays out. Manziel could face charges for domestic violence. If the Broncos were to sign Manziel, a move that could happen months from now, the team would have mandatory counseling and possible clinical work for Manziel. There is no guarantee that the Broncos will end up signing Manziel at all, and another report says they have no plans to do.

Jets Working To Bring Back Ryan Fitzpatrick
The Jets want QB Ryan Fitzpatrick back. To help bring back their QB, the Jets have asked OT D'Brickashaw Ferguson to take a pay cut, reports the New York Daily News. The Daily News reports the Jets think Ferguson is open to playing on a lower salary and that the team is hoping to clear up $4-5 million in cap space. A 10-year vet, Ferguson hasn't missed a snap in his NFL career and is projected to count $14.1 million against the salary cap this year.

Connor Cook Is The Best QB In The Draft?
Most draft experts believe that North Dakota State's Carson Wentz or Cal's Jared Goff is the best QB in this year's NFL Draft. But Jon Gruden thinks that distinction belongs to Michigan State's Connor Cook. Gruden is one of the few who feel that way about Cook, a likely Day 2 draft pick. Cook played in a pro-style offense at Michigan State, but his completion percentage never top 59 percent with the Spartans.

Titans Getting More Interest For The No. 1 Pick
The Tennessee Titans hold the No. 1 pick in this year's draft and are very open to moving down. While the Titans have said they want a lot for the pick, general manager Jon Robinson told the Tennessean that interest is increasing in the pick.

"I would say that with each day we inch closer to the draft, the discussions probably become a little bit more serious, if you will,” Robinson said. "That’s something we’re going back and forth with. Do we stay put with where we’re at, or do we really entertain the thought of moving? I would say the interest has increased some. I wouldn’t say there are 31 teams calling, but there are certainly teams that have interest in moving up."

A team that moves up would likely target QB Carson Wentz, who the Cleveland Browns could take at No. 2 overall. The No. 1 overall pick has not been traded before a player was selected since 2001.