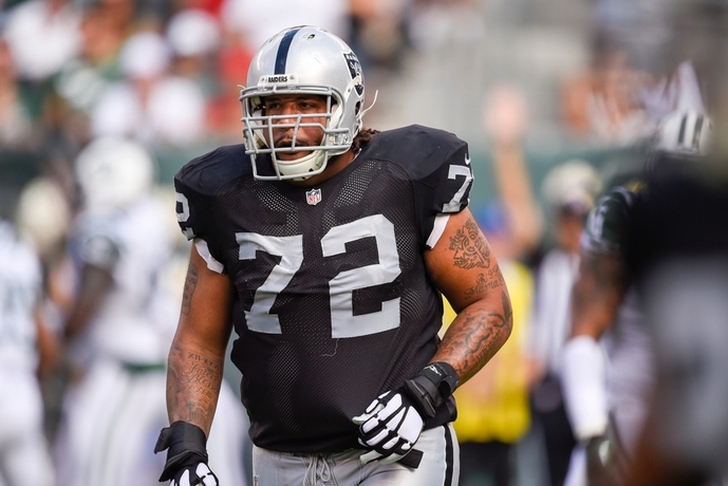 Rams players were due at 11 am PST. Aaron Donald still has now shown up yet. He's now officially late. Looks like holdout is on.

Donald wants a new contract with the Rams. He's set to make just over $3 million this year, plus $6.9 million in 2018 after the Rams picked up his option. But Donald wants a long-term deal with Los Angeles. It will be an expensive one, since Donald is one of the best DTs in the NFL.

Penn, on the other hand, signed a two-year, $11.9 million deal with the Raiders last offseason. Just one year in, he apparently wants to be paid like a Top 10 NFL LT. He's set to make $7.15 million, but is also 34 years old. The move from Penn is a surprise, since there were no reports leading up to camp that Penn was unhappy with his deal.

Big Ben Retirement
Ben Roethlisberger is back as the Pittsburgh Steelers QB this year, after flirting with retirement this year. Apparently, he'll do so again next offseason.

"There’s a lot of scary things, and I think my wife would be OK if I hung it up, too," Roethlisberger told the Pittsburgh Post-Gazette. "But I still love the guys, I still love the game, so it was right for me to come back and give it everything I have this year ... I feel if I commit to anything past right now, I’m cheating now. I’m looking forward to this season, and I’m going to give it everything I have and afterwards we’ll sit down and do some [thinking] again."

Roethlisberger is 35 years old, still younger than the likes of Tom Brady and Drew Brees. He's under contract with the Steelers through the 2019 season.

Colin Kaepernick Still An Option For Baltimore?
Baltimore Ravens head coach John Harbaugh said Thursday the team was exploring signing QB Colin Kaepernick in light of Joe Flacco's back injury. That made it a surprise when the Ravens elected to sign the unknown David Olson, an arena league QB who threw one pass in college. It screams "camp arm" and was not a good sign for the NFL future of Kaepernick (and every other free agent QB). But, Harbaugh told ESPN the Ravens could still sign Kaepernick. Harbaugh says a decision on Kaepernick will come down to the health of Flacco, who hopes to be back before the start of the season.