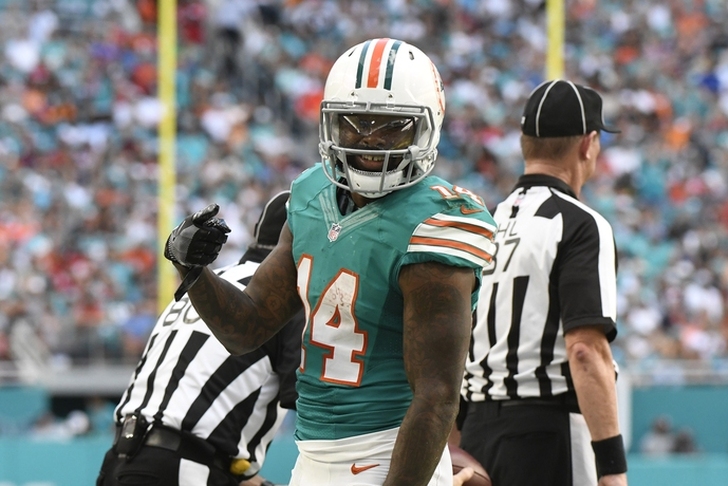 The NFL offseason is in full swing and there are a ton of news and rumors buzzing around the league with the new league year approaching, especially regarding the futures of several big-name veterans. Here are the latest news & rumors you need to know from around the NFL:

4 teams interested in Jarvis Landry trade
Even though the Miami Dolphins used the franchise tag on wide receiver Jarvis Landry this week, NFL Network's Ian Rapoport reports that the Carolina Panthers, Chicago Bears, New Orleans Saints, and Tennessee Titans are all interested in trading for Landry.

From Up to the Minute Live: What is #Rams WR Sammy Watkins' market if he is free... and some possible destinations for WR Jarvis Landry if he's traded. pic.twitter.com/5byCeS2cZv

Landry led the NFL with 112 catches for 987 yards and nine touchdowns. It is the second time in three years in which he caught over 110 passes.

Dolphins to keep Ndamukong Suh?
Ndamukong Suh is another player with a murky future with the Dolphins, and though the team is expected to part with him, they may restructure his contract in order to save over $10 million in cap space this season, according to Pro Football Talk's Mike Florio.

There’s another option that Miami could consider, allowing them both to keep Suh and to reduce his cap number significantly. It’s the so-called simple restructuring, where the bulk of his 2018 salary becomes a signing bonus, pushing the majority of that money into future years.

Jaguars exploring QB options
Though the Jacksonville Jaguars have been publicly adamant about keeping Blake Bortles as their starting quarterback next season, they are "actively" exploring other options, according to Florio.

The Jaguars have a window of opportunity to attempt to negotiate a new deal with a free-agent quarterback before the window closes on severing ties with Blake Bortles. Per a league source with knowledge of the situation, the Jaguars currently are exploring their options, actively.

Bortles passed for 3,687 yards with 21 touchdowns and 13 interceptions last season.