The 2019 NFL Rookie Of The Year Candidates 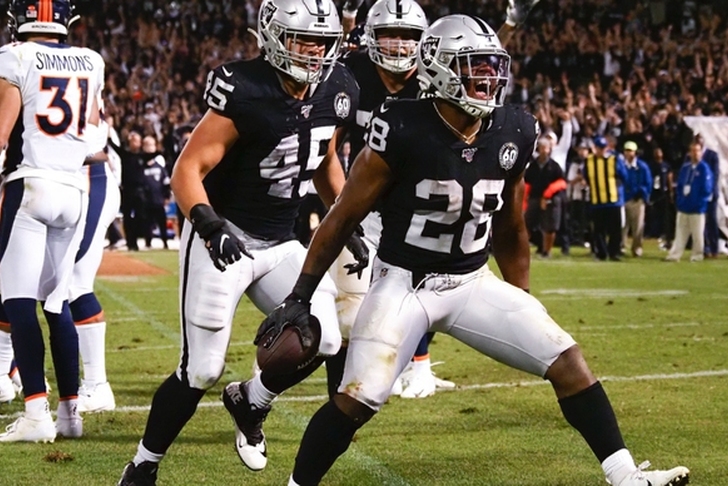 The NFL league is about to start pretty soon. The excitement is slowly starting to get closer to the peak, and you can find all sorts of debates and analysis all over the internet.

Some of them are suggesting that this year's draft might have a massive impact on the results and the league in general. For some of the experts, the 2019 NFL draft was very good, and some players picked there might be huge superstars in the future.

The top two guys who are the contenders for the Offensive Rookie of the Year Award are the No.1 pick Kyler Murray, and the Oakland Raiders' choice, Josh Jacobs.

The Arizona Cardinals took Heisman Trophy winner, Murray as the first pick, and have high hopes from this tiny guy. The 5-foot-10 quarterback, who knows both to throw and to run good, was in the middle of attention throughout the last year. He was picked 8th at the MLB draft by the Oakland Athletics but chose football as the main sport.

Josh Jacobs is Jon Gruden's decision from this draft. The strong running back was the 24th pick and is one of the most talented players in his position. Many believe that he will become the superstar RB, like Ezekiel Elliot or Todd Gurley. Gruden knows how to handle young running backs as he already had one Offensive Rookie of the Year, Cadilac Williams in 2005.

Odds on Murrah are at 5/2, and he is the first contender for the OROY. He will be a starter and a leader of the Cardinals, which means that he will have all the needed freedom in his game. Meanwhile, the Raiders' player is 4/1 to win the award. Oakland's team is much better than the Cardinals, and that is something which could help him a lot. Especially if the Raiders reach the playoffs, and Jacobs has a significant impact on their game. The potential surprise for some retired players who are analysts today might be Bears' David Montgomery. Odds on him are 10/1/ Apart from these guys, you can find the entire offer for the OROY at www.freebets.co.uk.

When talking about the Defensive Rookie of the Year, two names stand far above others. Devin White and Nick Bosa. The chances for one of them to take the honors are practically the same, and depends upon the bookmakers.

White, the fifth overall pick is the best linebacker in the draft, and he will play for the Tampa Bay Buccaneers. He will have a luck to work under the defensive coordinator Todd Bowles, who is an expert in making excellent defenders and shaping young talents. The Bucs are not a team who can make something noticeable, but that will allow him to be very noticeable on the field, and to impose himself as the leader of the defense.

On the other side, Nick Bosa is the No.2 pick. His older brother Joey already won the DROY in 2016, and we are sure that he learned a few things from his brother. The 21-year old, is Kyle Shanahan's solution for the 49ers' defense in the next decade, and if Bosa plays his game as projected, San Francisco will soon be in the playoffs.

The bookies believe that these two youngsters have almost equal chances of winning the award. White has a slight edge compared to Bosa, with his odds at 6/1. The 49ers defensive end is at 13/2. The dark horses who might interfere in this race are Devin Bush from the Steelers with 9/1, and the Jets' Quinnen Williams who is at 10/1.

All in all, we are ahead of one very interesting season, which might be marked by one of these talented newcomers.