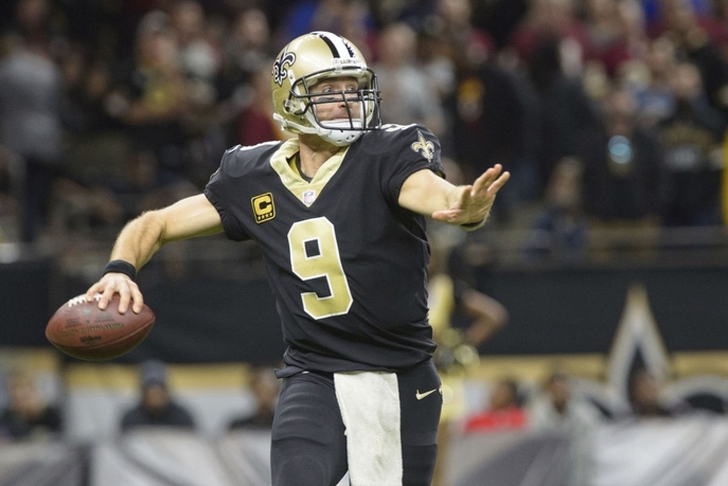 16.) Baltimore Ravens (5-5)
Last Week: 19
The Ravens shut out the Packers 23-0 in Green Bay which is impressive even if Aaron Rodgers wasn't starting. To shut out an NFL team at home is an impressive feat. The Ravens now have three shutouts this season.

15.) Washington Redskins (4-6)
Last Week: 14
The Redskins have had the hardest schedule in the NFL this season and I think it's hard to argue. So even though they have six losses I believe they are a good team.

14.) Dallas Cowboys (5-5)
Last Week: 13
Life without Zeke and Tyron Smith has not been kind to Dak Prescott. He played horribly against the Eagles on Sunday night football and needs to bounce back against a Chargers team playing pretty good football. Prescott needs to have a rebound game to prove that he is a true franchise quarterback that can carry a team because it's certainly in question right now.

13.) Detroit Lions (6-4)
Last Week: 15
When it comes to the Lions I have major question marks surrounding them, they beat bad teams but struggle against good teams. Well, they get a very good team in Week 12 at home against the Vikings.

12.) Tennessee Titans (6-4)
Last Week: 12
The Titans were whooped on Thursday Night Football against the Steelers 40-17. Luckily for the Titans, they have an easier matchup against the Colts in Week 12. The Titans beat the Colts 36-22 when they played earlier in the season in Tennessee.

11.) Atlanta Falcons (6-4)
Last Week: 11
The Falcons went into Seattle and beat the Seahawks 34-31 and were in control for 95 percent of this game. The Falcons took advantage of a banged up Seahawks defense and will play the Buccaneers in Week 12 who have won two straight games.

10.) Kansas City Chiefs (6-4)
Last Week: 7
Is it time for Patrick Maholmes? I'm kidding, well kinda. The Chiefs have lost four of their last five games and there are starting to be some Maholmes rumble echoing through the media after a poor performance from Smith against the Giants.

9.) Seattle Seahawks (6-4)
Last Week: 8
First off Russell Wilson is unreal and should be in the MVP discussion because there is not a player in the NFL who is more important to his team than Wilson. This defense will not be the typical Seahawks defense we are used to seeing but I think they will start to mesh better the more games they play which is why they are still in the top nine.

8. Carolina Panthers (7-3)
Last Week: 9
The Panthers entered their bye coming off a 45-21 win on Monday Night Football and will play the Jets in Week 12. If the Panthers continue to play with swagger they will continue to win.

7.) Jacksonville Jaguars (7-3)
Last Week: 10
The Jaguars have the best defense in the NFL, period. since trading, for Marcell Dareus, this defense has been incredible in the passing and running game. Combine that with a solid running game, the Jaguars are leading their division and are looking strong.

6.) Los Angeles Rams (7-3)
Last Week: 6
Even though the Rams lost 24-7, they lost to a very good Vikings team at home. The Vikings at home is proving to be arguably the most difficult game for any team in the NFL.

5.) Pittsburgh Steelers (8-2)
Last Week: 5
The Steelers offense finally looked like the offense we have been waiting for on Thursday Night Football. Big Ben threw for four touchdowns and Antonio Brown reminded us who the best wide receiver in the NFL is.

4.) New Orleans Saints (8-2)
Last Week: 3
The Saints come from behind and win in overtime to beat the Redskins 34-31. Drew Brees and this running game reminded us that they can still score at will when they need too.

3.) Minnesota Vikings (8-2)
Last Week: 4
The Vikings on both sides of the ball have been super impressive this season. Case Keenum is playing well and Latavius Murray has actually looked good running. This defense is for real and I will continue to say Mike Zimmer should win Coach of the Year.

2.) New England Patriots (8-2)
Last Week: 2
The Patriots went into Mexico City and destroyed the Raiders. Heck, the fans at the game were chanting for Tom Brady. Wasn't this suppose to be a home game for the Raiders?

1.) Philadelphia Eagles (9-1)
Last Week: 1
The Eagles were losing at halftime to the Cowboys and if you doubted Carson Wentz and this Eagles team for a second then that was foolish because they ended up winning the game 37-9 and showed us why they are the best team in the NFL.