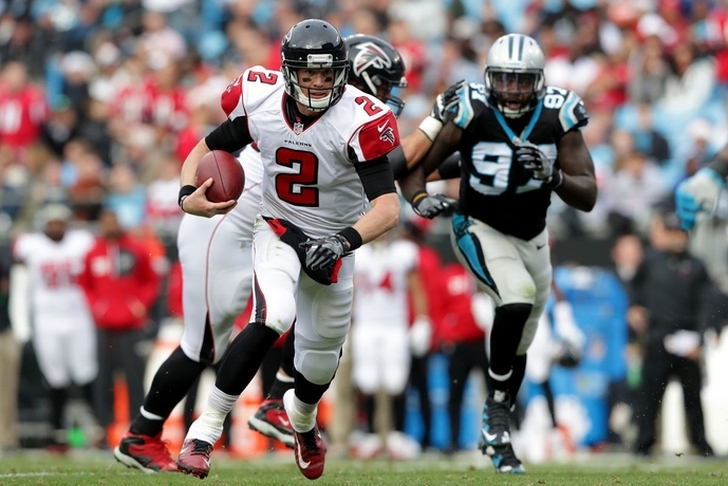 What a spectacular weekend of football it was, with a few games having major playoff implications. Watching the Seattle Seahawks vs Dallas Cowboys this past Sunday, gave me butterflies of excitement because it felt like playoff football. We are only one week away from the playoffs becoming a reality and since only six teams from each conference can make it in, it's important to know who is in and who is out. Time to dive into the current playoff picture and the scenarios at play in Week 17.

Below you will see the symbols x,y,z, and *. The meaning of those symbols is here:

AFC Playoff Picture
1.) New England Patriots (12-3), (XYZ)
The Patriots took care of business against the Buffalo Bills on Sunday, winning 37-16 at home. Now they just need to beat the New York Jets and home-field advantage is all theirs.

2.) Pittsburgh Steelers (12-3), (XYZ)
With the Steelers losing 27-24 to the Patriots, their hopes of home field advantage are likely over. The Steelers locked up a first-round bye with their 34-6 win over the Houston Texans on Monday.

3.) Jacksonville Jaguars (10-5), (XY)
For the first time since 2007, the Jaguars will be going to the playoffs, which they clinched after their Week 15 win. That may have led to them having a hangover game against the San Francisco 49ers on Sunday, considering they lost 44-33. The Jaguars still clinched the division this past week after the Tennessee Titans lost. They also are locked into the three-seed heading into the playoffs.

4.) Kansas City Chiefs (9-6), (XY)
The Chiefs locked up the four-seed and the AFC West crown with a 29-13 win over the Miami Dolphins. This will be the third year in a row the Chiefs have made the playoffs.

5.) Baltimore Ravens (9-6)
The Raven's path is simple - beat the Cincinnati Bengals and make the playoffs.

6.) Tennessee Titans (8-7)
The Titans can clinch the sixth seed in the AFC playoffs with a win on the road vs. the Jaguars. If the Titans lose, they need both the Chargers and Bills to lose their Week 17 matchup to get in.

7.) Los Angeles Chargers (8-7)
The Chargers need to beat the Raiders and the Titans and Bills to lose in order to sneak into the six-seed. They can also get into the playoffs with a Ravens loss.

8.) Buffalo Bills (8-7)
The Bills making the playoffs is complicated. They must win in order to get in and have a Ravens loss or losses by both the Chargers and Titans.

NFC Playoff Picture
1.) Philadelphia Eagles (13-2), (XYZ*)
Last week's win against the Giants locked up a first-round bye in the playoffs. Now, with their win on Monday Night Football over Oakland Raiders, the Eagles locked up home-field advantage.

3.) Los Angeles Rams (11-4), (XY)
The Rams and running back Todd Gurley continue to run over teams after their 27-23 win over the Titans. With that win, the Rams have clinched the NFC West and are heading to the playoffs for the first time since 2004. They also clinched a home playoff game.

4.) New Orleans Saints (11-4), (X)
The Saints beat the Atlanta Falcons 23-13 and remain in first place in the NFC South. With a win in Week 17 against the Tampa Bay Buccaneers, the Saints will clinch the NFC South for the first time since 2011. If the Saints win and the Rams lose, the Saints move to the three seed.

7.) Seattle Seahawks (8-7)
The Seahawks need to beat their NFC West rival Arizona Cardinals and the Falcons need to lose.

Back to the NFL Newsfeed
149 shares Share on FB Share on Twitter
Another NFL article you might like: NFL Rumors: Jamal Adams Trade?, Hunter Henry Latest, Sam Darnold or Lamar Jackson & The Match With Tiger Woods, Phil Mickelson, Peyton Manning and Tom Brady >>