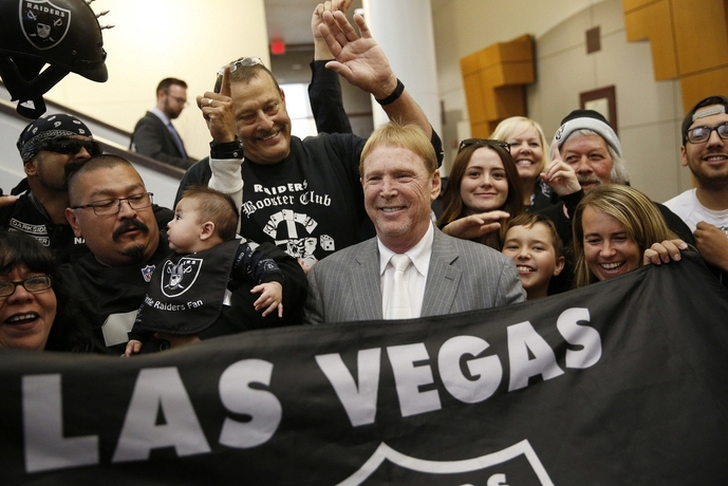 OTAs start this week for most teams across the NFL, as non-rookies finally return to the field after a long offseason. While free agency is mostly quiet, there is still plenty buzz around the league. Here are the latest NFL news and rumors:

Marshawn Lynch to play this season?
Seattle Seahawks running back Marshawn Lynch surprisingly retired earlier this offseason, but there have been constant rumors since debating if he's actually retired or if he'll return to the team this season. Cornerback Richard Sherman added more fuel to that fire over the weekend, expressing a belief that Lynch could be back with the Seahawks in 2016.

"I don't put anything past him," Sherman said. "He's about as predictable as a pair of dice. So I don't try to call his plays, but it's obviously going to be different. We got a little sample of it last year. We had to play without him for a good portion of the season. I think we're prepared for it in some aspects. But you never really want to be prepared for that.

"I think it would be good for the NFL," Kraft told USA Today. "I know Mark Davis has tried so hard in Oakland. If they won't do it ... I want to support him.

"I came into the league in '94. Back then, any exploration of that market was dismissed out of hand. I'm looking where we are today and thinking of the last 10 to 15 years, and the emergence of new media, with Google and Facebook and the like. We're just living in a different world, technology-wise. The risks in Vegas are no longer exclusive to Vegas."

Hartline had 46 catches for 523 yards and two touchdowns last season. He was the team's fourth-leading receiver behind tight end Gary Barnidge, wideout Travis Benjamin and running back Duke Johnson Jr.

The veteran wideout signed a two-year, $6 million contract with the Browns prior to the 2015 season after he was cut by the Miami Dolphins. He was scheduled to make $3 million this season with a $3.75 million cap hit.