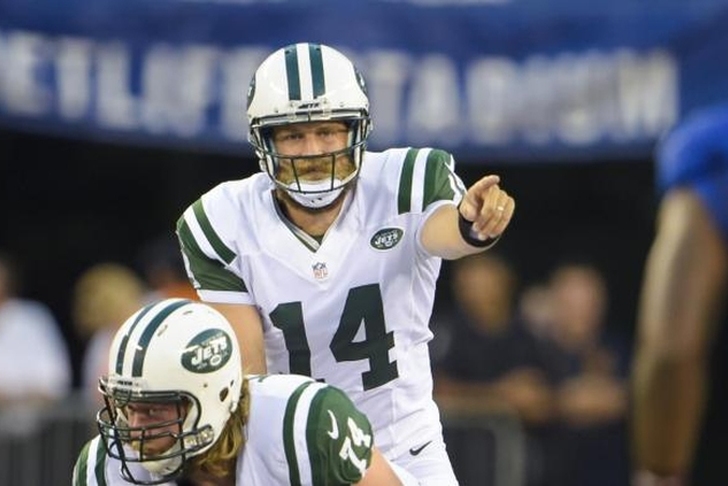 OTAs started this week for most teams across the NFL, as non-rookies finally returned to the field after a long offseason. While free agency is mostly quiet, there is still plenty buzz around the league with several big names still available. Here are the latest NFL news and rumors:

If this #Jets offer per sources is true, makes you wonder what Fitz + his agent are waiting for. Am told offer has sat on table for 4 mnths

Fitzpatrick is looking for a deal that would pay him more like the rest of the starting quarterbacks in the NFL, which average between $16-$18 million a season. However, the current offer of $12 million would be a significant raise for Fitzpatrick.

"I plan on coming back," Moreno said. "I feel good. I feel healthy. I'm fully recovered. So I'm just doing the things I have to right now, just staying in shape and seeing where that goes. I still have a lot in the tank, probably too much in the tank -- I have to let it out."

Moreno rushed for 1,038 yards and 10 touchdowns in 2013 with Denver, and he signed with Miami prior to the 2014 season. He only played three games with the Dolphins before tearing his ACL, causing him to miss the entire 2015 season.

Baldwin, Seahawks to start extension talks "soon"
Doug Baldwin is coming off a career year for the Seahawks, catching 78 passes for 1,069 yards and a league-high 14 touchdowns. He is entering the last year of his contract and would like to stay in Seattle, and he says the two sides are expected to start working on an extension soon:

"We haven't started conversations yet," Baldwin told SiriusXM NFL Radio. "I did have a one-on-one meeting with John Schneider a couple weeks ago and he assured me that we'd be on the way to discussing a possible extension in the next couple weeks. That was before the draft. I'm expecting something to get started here shortly but I've been on record saying that I'm not too worried about it.

"I know that I got one year left on my contract so I'm going to be with the Seattle Seahawks this year regardless. So I'm just going to focus on that, the task at hand which is just being the best that I can be for my teammates this season."