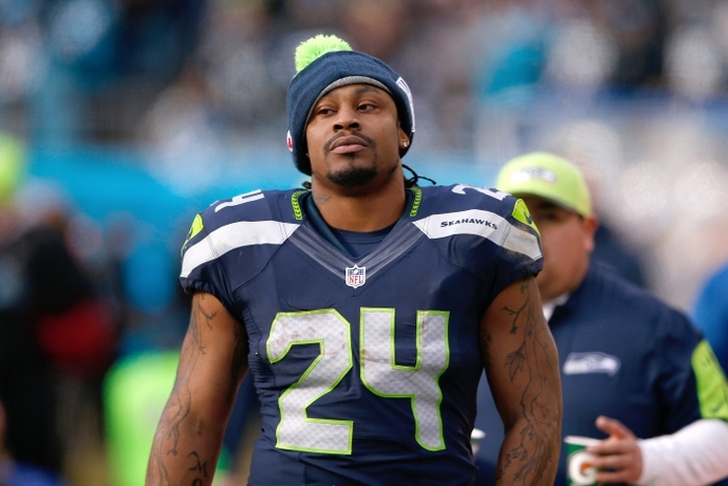 OTAs started this week for most teams across the NFL, as non-rookies finally returned to the field after a long offseason. While free agency is mostly quiet, there is still plenty buzz around the league with several big names still available. Here are the latest NFL news and rumors:

Marshawn Lynch told teammates he'll play this season
Former Seahawks running back Marshawn Lynch surprisingly retired after the 2015 season, but he may not be retired for long. According to Bleacher Report's Jason Cole, Lynch has told two Seattle players that he will return this season:

Abdullah has shoulder surgery, could miss entire offseason
Detroit Lions running back Ameer Abdullah underwent surgery to repair a torn labrum in January, and the injury could cause him to miss all offseason workouts, according to the Detroit Free Press.

“You know I don’t talk about injuries and all that stuff, and those kind of details,” Lions coach Jim Caldwell told reporters Thursday. “But he had a procedure and he’s recovering nicely.”

Abdullah rushed for 597 yards in his rookie season, leading the team in that category despite backing up Joique Bell. He is expeced to take over the starting role this season.

Decker, Marshall skip OTAs in protest
New York Jets wide receivers Eric Decker and Brandon Marshall have skipped OTAs in protest of the team not reaching a contract agreement with quarterback Ryan Fitzpatrick yet, according to the New York Post's Brian Costello.

Fitzpatrick has said that he wants to return to the team, but the two sides are still far apart in contract talks. New York currently has Geno Smith, rookie Christian Hackenberg and Bryce Petty as the only quarterbacks on their roster.