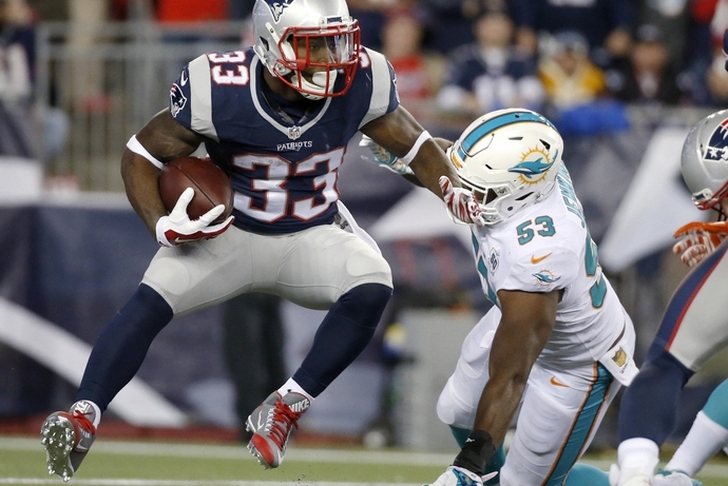 Week 10 of the NFL season started on Thursday, with the Baltimore Ravens picking up a convincing 28-7 win over the Cleveland Browns. As we head towards the rest of this weekend's games, there are plenty of news and rumors swirling around the league involving injuries and players that may or may not be available. Here are the latest you need to know:

Dion Lewis close to return
New England Patriots running back Dion Lewis has not played this season due to knee surgery, but he is set to make his return soon. According to Mike Garafolo of NFL Network, Lewis is petitioning to play this week:

The sense is Lewis is making the case to play Sunday vs Seattle. If so, expect him to be limited but his return is big.

If Lewis does not play on Sunday, the feeling is he will return next week. Last year, Lewis had 234 yards and two touchdowns on 49 carries while catching 36 passes for 388 yards and two more touchdowns in seven games.

Doug Martin questionable to return
Another running back who could make his return this weekend is Tampa Bay's Doug Martin. Martin has not played since suffering a hamstring strain in Week 2, and will be a game-time decision on Sunday:

Dirk Koetter says Doug Martin will be a game day decision on Sunday. Has improved all week but hasn't been cleared to return yet.

Last season, Martin ran for 1,402 yards and six touchdowns. Before getting hurt this year, Martin had 85 yards on 25 carries.

Randy Gregory facing year-long-suspension
The Dallas Cowboys drafted Randy Gregory in the second round of the 2014 draft despite a plethora of concerns about his off-field behavior. Those red flags have come back to bite them.

Gregory, who is currently suspended for the first 10 games of the season for violating the NFL's substance abuse policy, has failed another drug test while on suspension, reports Ian Rapoport of NFL Network:

#Cowboys DE Randy Gregory has failed another drug test, sources tell @MikeGarafolo & me. Per the drug policy, next suspension is a year.

#Cowboys DE Randy Gregory can appeal his looming banishment & suspension. Per @NFL: “The league has not been notified of any new violations”

Gregory was also suspended for four games during his rookie season after testing positive for marijuana. He has only played in 12 games in his career, but has just 11 total tackles and is yet to record a sack.