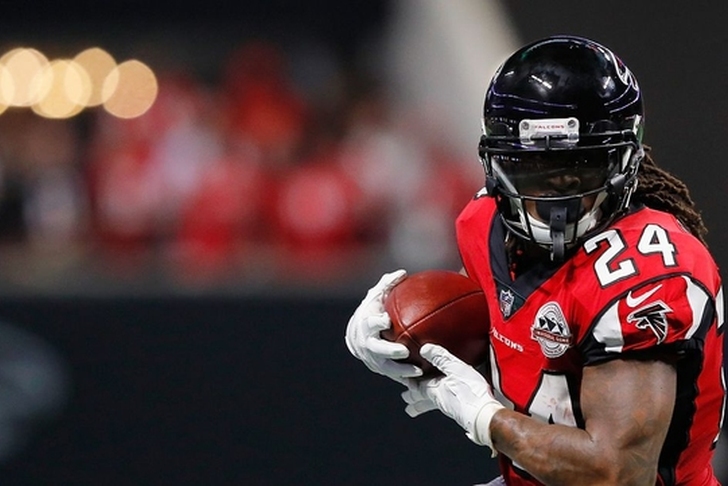 Week 10 of the NFL season is almost over and after a Sunday filled with action, there were also some major injuries to keep an eye on. The injury updates that will be covered are the Atlanta Falcons running back Devonta Freeman, Tennessee Titans quarterback Marcus Mariota, and Dallas Cowboys linebacker Sean Lee.

Devonta Freeman Injury Update
Freeman was forced to leave Sunday's game in the first quarter and was later ruled out due to a concussion. This was the second concussion of the season for Freeman and the Falcons have said they are going to take it slow with their featured running back. According to Adam Schefter Freeman is unlikely to play against the Seahawks.

Falcons RB Devonta Freeman is unlikely to play next Monday night at Seattle against Seahawks after suffering his second concussion of his season, per @mortreport and me.

Look for back up running back Tevin Coleman to get the majority of backfield snaps while Freeman is out.

Marcus Mariota Injury Update
Even though the Titans won this weekend, it did come at a price. Quarterback Marcus Mariota finished the game but is currently dealing with soreness in his throwing arm and a mild ankle sprain. According to Jason Wolf of The Tennessean, head coach of the Titans Mike Mularkey said he expects Mariota to be alright.

Injuries have been an issue for Mariota during his NFL career, he has already missed one game this season due to a hamstring injury, he missed four games his rookie season due to knee issues and the final game of 2016 with a broken leg.

Sean Lee Injury Update
Lee is no stranger to the injury report as injuries have plagued his career and the Cowboys this season. In Lee's seven-year career he has never played in all 16 games and this season he has already missed two weeks due to a hamstring injury. This is bad news for the Cowboys considering he is the "quarterback" of that defense and without Lee, the Cowboys defense is below average. Reported by Brandon George a Dallas Cowboys beat writer for the Dallas Morning News that head coach Jason Garret said: " it might be some time" when talking about the availability of Sean Lee. Don't be surprised if Lee missed a few week.

If you want to hear more about these players, luckily for you Tom Downey and Mitchell Renz talk about injuries and much more on The Fantasy Football Rumors Podcast.